Aberdeen, N.C. — A man is facing multiple charges after his car drove off the roadway, left the ground and crashed into a lake in Aberdeen overnight.

Around 12:45 a.m., emergency crews were called to the area in front of Bethesda Church on U.S. Highway 1 to reports of a vehicle crashing into the lake.

According to officials, the Ford Escape reportedly drove down Sun Road in the Forest Hills neighborhood before running across both directions of traffic on U.S. Highway 1 and leaving the ground before crashing into the lake.

Barry Lashaun Foster, 21, Pinehurst, was able to escape the vehicle and make his way to the water's edge. Foster was transported to FirstHealth Moore Regional Hospital before being taken to the Moore County Detention Center in Carthage, where he was charged with driving while impaired, failure to stop for a stop sign and possession of a controlled substance. 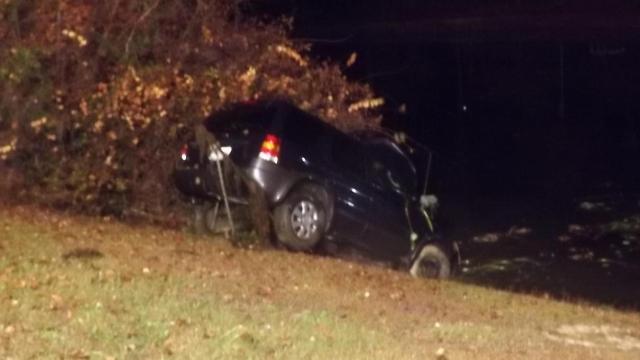 Officials confirmed that no one else was in the car at the time of the crash.

One of the northbound lanes of U.S. Highway 1 was closed to traffic until shortly after 3:30 a.m. while officials worked at the scene of the accident.