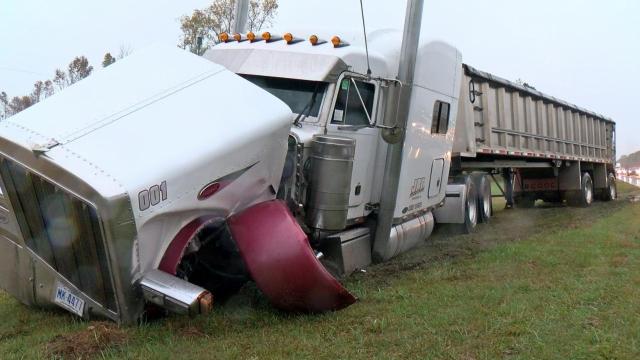 Smithfield, N.C. — A man bailed out of his vehicle early Thursday morning on Interstate 95 in Johnston County to avoid being hit by a second tractor-trailer.

Troopers with the North Carolina State Highway Patrol said a man driving north on the highway spun out and hit the center guard rail before 7:30 a.m. The car came to rest sideways across the lanes and was hit by a tractor-trailer, which spun the car to face south in the northbound lanes.

Troopers said the man jumped out of the vehicle and made his way into the median before his car was hit head-on by a second tractor-trailer.

The car was destroyed, but the driver, who was not identified, suffered serious injuries.

One of the tractor-trailer drivers also suffered minor injuries. 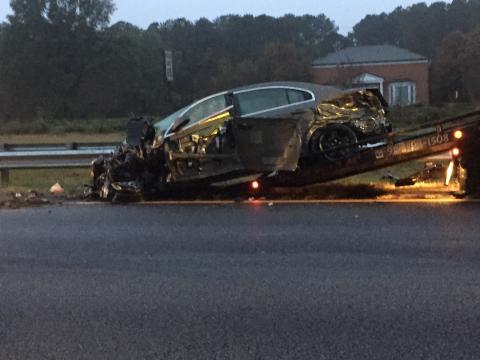