Man arrested in Myrtle Beach after parents, 71 and 72, found dead in Selma home

Selma, N.C. — A man will be charged in the murder of his parents, who were found dead in their Selma home.

On Sunday, deputies with the Johnston County Sheriff's Office searched the home of Stephen Michael Boggs Sr., 72, and Brenda McFatter Boggs, 71, at 960 Olivia Way in Selma.

Neighbors had not seen the Boggses for two months and requested a well-being check.

When no one answered the door and deputies observed no signs of activity in the house, a deputy climbed through a window and found bodies believed to be the couple and their dead family dog in the garage. Capt. Jeff Caldwell said the bodies appeared to be several weeks old.

The couple's son, Stephen Michael Boggs Jr., 53, was arrested at a Myrtle Beach hotel after an investigation into the couple's bank account revealed his location. 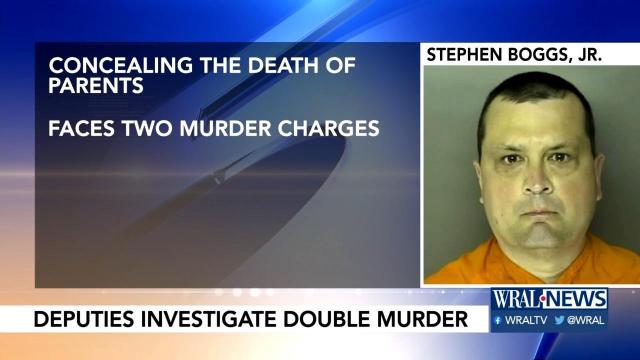 "It was bad," Caldwell said. "It was sad. But we were glad to be able to make an arrest and get the person responsible for these deaths off the street.”

Neighbors said Boggs Jr. was living with his parents and was seen coming and going from the house frequently. Before his arrest, they told police they had not seen him in at least one week.

In addition to murder, Boggs Jr. will be charged with concealment of death, officials said. He was being held at the Horry County Detention Center in Myrtle Beach and will be charged upon his return to Johnston County.

In an autopsy, it was determined that the couple had been shot, officials said.