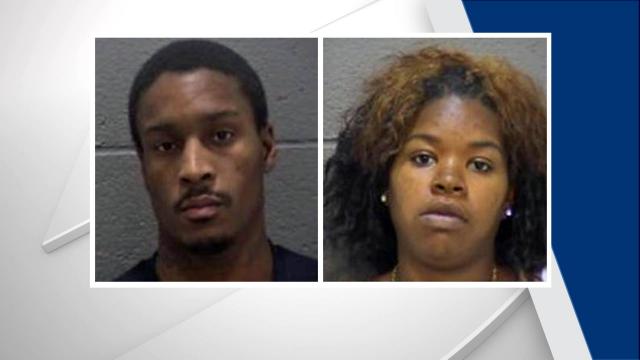 Durham, N.C. — A man was arrested at a Durham motel Wednesday in connection with a string of armed robberies over the past week.

Durham police said officers located a vehicle believed to have been used in several armed robberies the in parking lot of the Extended Stay America motel at 3105 Tower Boulevard. Officers knocked on a motel door in an attempt to execute a search warrant, but received no answer, police said.

Authorities said Platt was charged in connection with the following incidents:

Authorities said no injuries were reported in connection with the robberies.

Authorities on Wednesday recovered two guns, one of which had been reported stolen in Durham County, and items belonging to the robbery victims, police said.

Nunn was charged with unauthorized use of a vehicle and resisting, delaying and obstructing officers.

Authorities said the investigation into the robberies is ongoing and anybody with information is asked to call Durham police at 919-560-4440 or Crime Stoppers at 919-683-1200.