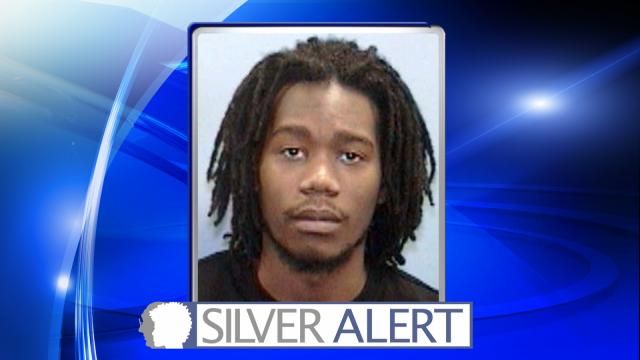 Raleigh, N.C. — Raleigh police were asking for the public's help Monday to find a 26-year-old man who is believed to be cognitively impaired.

The North Carolina Center for Missing Persons issued a Silver Alert for Darrell Levon Anderson at about 12:30 p.m. after he went missing from the 4800 block of Tapers Drive.

Anderson is 5 feet 9 inches tall and weighs about 165 pounds. He has shoulder-length dreadlocks and brown eyes.

When he disappeared, Anderson was wearing orange tennis shoes, brown/orange pants, a blue shirt and an Army jacket with "Cora Anderson" on the front pocket.

Anderson was last seen at 1420 S. Wilmington St. It's unclear where he may be headed.

Anyone with information on Anderson's whereabouts should call the Raleigh Police Department at 919-996-3335.