Council, who turned 89 last month, was known for her southern cooking and boisterous, warm laugh. She earned the name Dip as a child from her siblings because of her ability to use her height and long arms to "dip" into the bottom of a rain barrel.

Spring Council said her mother had been dealing with medical problems and was receiving around the clock care at home, but a "sudden medical issue" required hospitalization over the weekend.

Council opened Mama Dip's in November 1976 on West Rosemary Street in Chapel Hill with the help of local real estate agent George Tate. Mama Dip's restaurant opened with just $40 for purchasing food and $24 on hand to make change. In a 2014 interview with the Tar Heel Traveler, Council said she opened the doors and crowds just came. 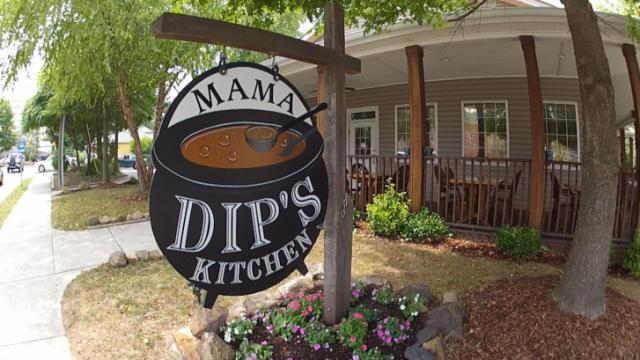 In 1999, the restaurant moved across the street to 408 W. Rosemary St. to a larger space. Her children and grandchildren currently managed and help run the restaurant.

"She’d stay from the time we opened until the time we closed. And she did that for many years until her health declined," daughter Sandra Council said.

Since opening, Mama Dip's has been named to numerous "best of" lists including The Daily Meal's "Best Fried Chicken Places in America" and The Culture Trip's list of "The Top 12 Places for Great Soul Food In The Southern States." The restaurant also served some famous faces including Michael Jordan, form UNC basketball coach Dean Smith and Venus Williams.

Council has also written two cookbooks, met a president and started selling some of her famous products - including cornbread mix and barbecue sauces. 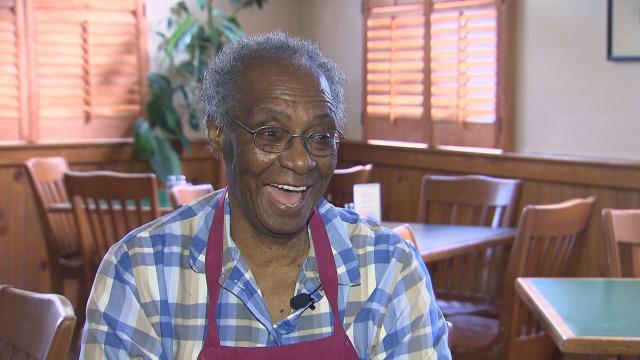 "She won a small business award. She came in fourth place in the country, and that’s when she went up and received an award at the White House when George (W.) Bush was president," Sandra Council said.

"I think being a close-knit family like we are, we’re all here together. We got to support each other," Sandra Council said. "I think it’s the best thing that we’re here together to open this business so the customers can come in still and have their breakfast, their lunch and their dinner. I think it’s helpful to us in our grieving process."

A funeral will be held Sunday, May 27 at 3 p.m. at the Chapel Hill Bible Church. The funeral is open to the public. In lieu of flowers, family members said donations can be made to the "Mama Dip Share the Love Fund," which was coordinated by the Triangle Community Foundation in 2009 to celebrate the restaurant owner's 80th birthday.

The restaurant will be closed Sunday and Monday.

"She was a pioneer in the community. She always wanted to help kids," Sandra Concil said. "She had a little fund where we helped raise the money to buy book bags for the kids who couldn’t afford to go to camp."

The Chatham County native was born to Ed and Effie Edwards Cotton in 1929. She was the granddaughter of a slave.

Council first learned to cook by watching her family and neighbors use the "dump cooking" method of cooking by taste. Her family moved to Chapel Hill in 1945 and two years later she married Joe Council, who parents owned Bill's Barbecue Restaurant, according to the Chapel Hill Historical Society.

Council reportedly honed her culinary skills at Bill's and even worked alongside her mother-in-law at a tiny take-out kitchen in 1957. where they made a reputation for turning out some of the best country cooking in town.

Council spent a lot of time cooking for others at home and at the Carolina Coffee Shop, and fraternity houses including St. Anthony Hall in the 1950s, where she got to know Emmy award-wnning journalist Charles Kuralt.

“Charles Kuralt was my favorite,” Council told the UNC University Gazette in 2016, noting that the Wilmington native loved to ask her questions about Southern food.

"She was a great entrepreneur and loved cooking and the main thing was the love for her community," Spring Council said. "Everything that she learned in the process of her life she taught to her kids and her grandkids. She was a great mother and gave us a lot."

Council had eight children by the age of 32, including one set of twins.

"She instilled so many values in us. She knows now, even though she’s passed, she instilled it in us to take on this legacy for her. And it’s just in us," Sandra Council said.

Council inspired her granddaughter to go into baking. Tonya Council, who started working at Mama Dip's when she was 15, used any spare time at the restaurant to craft her now popular cookies.

"I used to go into the kitchen in between waiting on tables and mix up stuff," Council told WRAL in 2013.

She started out trying to make cookies that tasted just like her grandmother's famous pecan pie. After many attempts, she came up with a pecan crisp cookie - light and full of flavor.

In an hour, she sold four dozen cookies from the dessert case at Mama Dip's. Council wanted to keep filling the case at the front of the restaurant, so she kept baking.

“I’m very proud of my grandmother. I’ve always admired her hard work ethic and the way she treats each of her customers – she’s never met a stranger. She has accomplished a lot, which shows me her passion for cooking is what kept and keeps her going,” Tonya told Chapel Hill Magazine last year. “If I could be half the woman, mother and business person she is, I will fulfill a great accomplishment.”