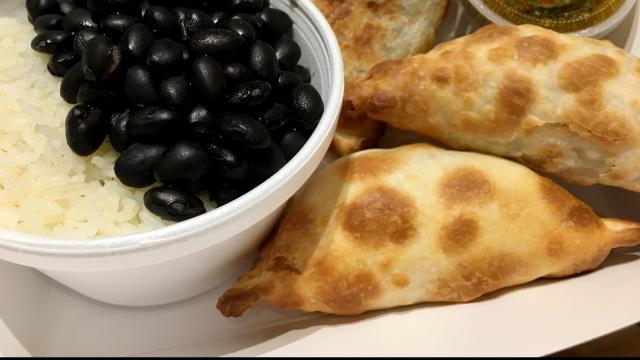 Durham, N.C. — Empanadas are flaky, tasty and stuffed with flavor, and I got to try some of the best I'd ever had at Makus Empanadas in Durham last week.

An empanada is, essentially, a pastry stuffed with cheese, vegetables or meat and baked until the dough is crispy on the outside and soft on the inside.

Hernan Moyano, who owns Makus Empanadas along with his brother, Santiago, and friend, Ricky Yofre, told me that empanadas are Argentina's most popular food.

"You make empanadas for everything," he said. "They're quick and perfect for kids' soccer games, nights out with friends or a quick weeknight meal."

Hernan, Santiago and Yofre grew up in Buenos Aires, and, after they moved to the United States, they founded their first restaurant in 2015 at the Hope Valley Commons shopping center in south Durham to share their favorite food with the community. Yofre, fondly referred to as "Chef Ricky," makes all the empanadas from scratch at the Durham store.

The first time I visited, I tried several flavors of empanadas, including veggie, ham and cheese, chicken, onion and cheese and sweet corn. Customers can ask for a dipping sauce with their empanadas, and I recommend the chimichurri, which is a delicious blend of olive oil and spices.

The veggie empanada is vegan, the brothers told me, and gluten-free options like chipa bread sides are also available at Makus. My favorite empanada was the onion and cheese, but all were delicious. Other empanadas served at Makus include spinach, bacon and cheese and pepperoni.

A neat surprise on each empanada is initials, formed with dough, that indicate which ingredients are inside. Can you spot the "HC" for ham and cheese? 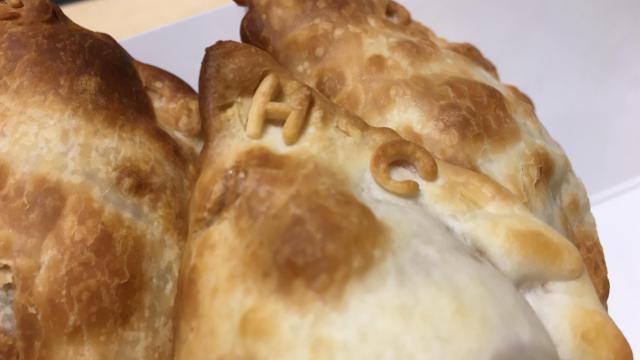 They also serve sides like rice and beans and spinach salad along with desserts, including homemade cookies and a dulce de leche bar, which is a delicious caramel and coconut treat.

Hernan told me that, although he ate empanadas all the time growing up in Argentina, he thinks the dishes he serves at Makus are even better. "A big part of that is the quality of ingredients that are available here in the United States," he said. 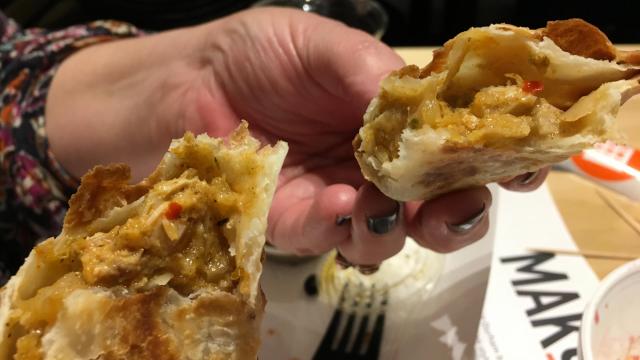 Apart from at the restaurant, you can find Makus Empanadas at local sports venues, including PNC Arena, the Durham Bulls Ballpark and Kenan Stadium. The owners also offer catering service and are planning to open a second location in Raleigh.