Made in China: New and Potentially Lifesaving Drugs 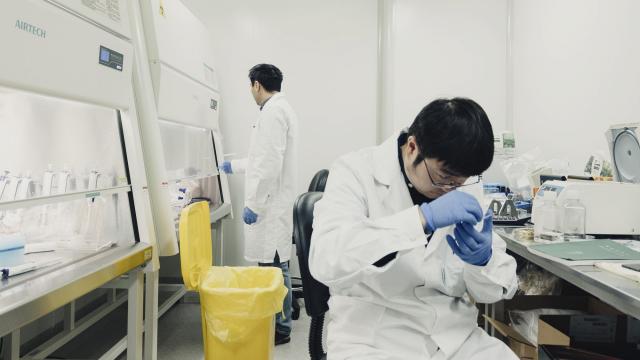 SHANGHAI — One new drug promises to stop cancer from spreading to other organs. Another would treat blood cancer. A third would use the body’s immune system to kill tumors.

All three show encouraging results, and need just one more step to be approved for use in the United States. The drugs have something else in common: They were created in China.

For years, China’s drug industry concentrated on replicating Western medicines. Getting new drugs approved was a frustrating and time-consuming process. Companies thought plowing millions of dollars into research and development was risky and stuck to safer revenue streams.

The country is now pushing to play a bigger role in the global drug industry. Millions of people in China have cancer or diabetes, and the government has made pharmaceutical innovation a national priority. Officials have promised to speed up drug approvals, and to reverse a brain drain by luring scientists back home. The authorities are providing land, grants and tax breaks, and investing in research.

The three new drugs will have to clear U.S. regulatory hurdles. If they do, they can stand as proof of China’s growing ability to produce cutting-edge treatments, part of a broader transformation of the country’s economy as it moves into higher-value and increasingly complex sectors.

China’s drug development is in the earliest stages compared to the broader industry. Some experts say, however, that it is only a matter of time before China’s medical companies stand alongside Big Pharma giants like Pfizer and AstraZeneca.

“It’s not whether they are going to,” said Jonathan Wang, senior managing director of OrbiMed Asia, a health care investment fund. “They are going to.”

For now, access to quality drugs remains a problem in China. Many people buy medicines from Hong Kong and Macau — territories governed by separate laws. Online forums are devoted to discussing smuggling generics from India. Others buy the raw ingredients to make the drugs at home. Those who can afford it fly to the United States.

A growing number of companies are trying to address that shortfall. Hutchison China MediTech, a firm backed by Hong Kong’s richest man, Li Ka-shing, started out in 2000 trying to develop the herbal drugs used in traditional Chinese medicine. In 2005, the company, known as Chi-Med, started developing cancer drugs.

At its main laboratory in Shanghai, upward of 350 scientists are surrounded by rodents in testing rooms. More than half the scientists are at work trying to discover new drugs.

In October, Chi-Med reported that more than 60 percent of patients in second-stage clinical trials had responded positively to its drug, savolitinib, which it is developing together with AstraZeneca. Savolitinib — the first drug of its kind — can be used to treat lung, kidney, gastric and colorectal cancers; it is often used in combination with other AstraZeneca drugs to shut down pathways that allow the cancer to spread.

Chi-Med is awaiting more data. But if further tests get positive results, the company will apply for what is known as breakthrough therapy designation from the U.S. Food and Drug Administration.

It still needs to run Phase 3 trials, the last step before seeking full approval from the FDA, but breakthrough therapy status would allow the final stage to be sped up. The trials involve drugs being tested, often against placebos, for their safety and effectiveness on as many as several thousand patients.

Laura Nelson Carney, an Asia-Pacific health care analyst at Bernstein Research, said that based on the industry average, the probability of success in Phase 3 trials is 60 to 70 percent.

If all goes according to plan, regulatory approval could come in late 2019, at the earliest, said Christian Hogg, Chi-Med’s chief executive. “It takes 20 years to get an overnight success, and that’s where we are at the moment,” he said.

The last time China produced a new drug for the global pharmaceutical industry was in the 1970s, when the Chinese scientist Tu Youyou was credited with the discovery of artemisinin after Mao Zedong asked her to come up with a cure for malaria. But global recognition did not come until much later, after the Swiss drugmaker Novartis bought the Chinese patent and started producing it in the late 1990s. Tu was eventually awarded a Nobel Prize in 2015.

That is changing. Along with Chi-Med, another company, BeiGene, is already in Phase 3 trials globally for a drug used to treat a variety of lymphomas, the most common form of blood cancer, and an immunotherapy drug that aims to destroy tumors. It has also teamed up with Celgene and Merck to develop cancer drugs.

Carney said she expected 20 or 30 Chinese-made drugs to seek Phase 3 trials in the United States, the world’s biggest market for cancer drugs, within the next five years. Those that make it through will very likely be cheaper than those made by foreign companies, she said, based on current pricing patterns in China.

Meanwhile, Big Pharma is shrugging off its long-held fears of China’s rampant counterfeiting and cumbersome bureaucracy and setting up its own labs here. Johnson & Johnson, Novartis and Sanofi have all opened research centers in Shanghai to create drugs for Chinese patients. Executives say that the government has made inroads in toughening protections of pharmaceutical patents.

And the pace of approvals has also quickened. In worst-case scenarios, drug companies needed to wait up to two years to get permission just to start clinical trials, which would then take several more years. The comparable waiting period in the United States is typically 30 days.

Under Bi Jingquan, who was appointed the head of China’s Food and Drug Administration in 2015, the agency has begun cracking down on companies making low-quality drugs and agreed to accept foreign data for clinical trials.

Now, thanks to those shifts, as well as incentives offered by the government, scientists trained overseas are returning to China. After 20 years in the United States with Eli Lilly and Pfizer, Joan Shen moved to Shanghai in 2011 to lead clinical trials for Pfizer. She now heads research and development for a Chinese biotech firm, I-Mab Biopharma. The local government has helped secure funding for the company, and provided laboratory space in a high-tech business park.

“The funds are chasing us,” she said, comparing the investment environment between China and the United States, “instead of us having to spend numerous hours convincing investors.”

Despite the optimism, Chinese pharmaceutical companies that want to go abroad still face obstacles. Competition among drugmakers in major markets like the United States is intense, and Chinese companies are hamstrung in particular by a lack of money committed to research.

Jiangsu Hengrui, a Chinese company that has been moving toward developing new drugs from making generic ones, has the largest research budget of all Chinese drug firms. But its $180 million annual outlay pales in comparison with the $7.8 billion that Pfizer spent in 2016.

Still, with several drugs in early stage testing, it is targeting what Zhang Lianshan, the company’s head of research and development, described as its “ultimate goal”: regulatory approval in the United States.

“If you have a drug approved by the U.S. FDA,” Zhang said, “that’s a true demonstration of innovation.”