Lynda Loveland: Toothless at the table

My kids are now four, six and almost eight. The oldest two are firmly in the losing teeth stage.

My almost eight-year-old daughter lost three or four on the bottom and she just lost her fifth on the top. You know what that looks like. Before she lost that fifth she looked like a young vampire with a funny lisp. Now she just looks toothless. It’s the goofiest thing. School pictures at this age are priceless! 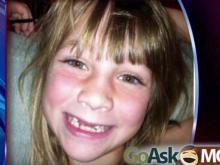 I really need to start keeping her condition in mind when I’m making dinner. I need to be more sympathetic.

One night I just wasn’t thinking … and I made corn on the cob. Everyone else was eating theirs except Campbell. I told her to start eating. She takes one look at the ear of corn, picks it up and tries to bite in to it. Like that was going to work. She then tries to saw off the kernels with her bottom teeth. Yeah, that didn’t work well either. That took a whole reel of floss to fix.

She eventually brought the cob over to her teeth on the side and started chewing on it like a dog chews a bone!

Guess I’ll cut up that apple for her next time.

Lynda is the mom of three and co-host of Mix 101.5 WRAL-FM's Bill & Lynda in the Morning. Find her here on Thursdays.