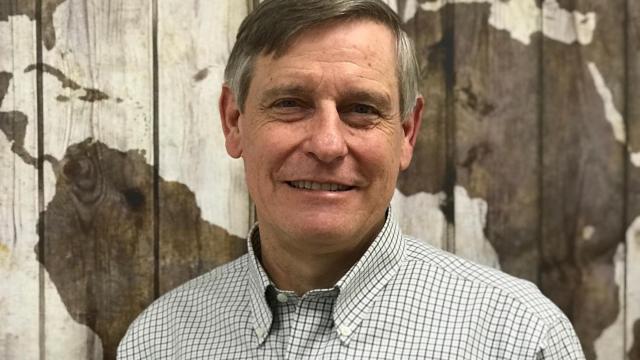 If you've ever packed a Lunchables for your child to take to school, you have Rody Hawkins to thank.

Hawkins, a Ph.D. who has an educational background in animal, food and meat science, has spent his career developing and implementing new food products for food companies of all types.

He's worked for one of the country's largest: Oscar Mayer Foods, a division of ConAgra Foods and Kraft-Heinz. It's where he created the concept for Lunchables in the 1980s, which are still beloved by thousands of American schoolchildren today.

He left Oscar Mayer to take a job doing research and development for GoodMark Foods (now owned by ConAgra) for the next 15 years. After his time at ConAgra, Hawkins started a consulting group called RDI Foods, which did food projects for more than 130 companies on every continent except Australia and Antarctica.

"I've been in North Carolina since 1988. I came down to run research and development for what was GoodMark Foods," said Hawkins, who has more than 30 years of experience in the food industry. "When I was working at RDI, my business partners and I were doing a lot of high-level, technical stuff for different food companies. One of my partners came across a company that was making not-very-good tasting, plant-based products — the texture was always lacking. He said if we could figure out how to create the texture of meat in a non-meat product, we'd have something."

With the help of his RDI business partners and after a lot of time and money coming up with the right technology, Hawkins founded and became CEO of Improved Nature, a Garner-based company that develops plant-based protein products.

Improved Nature is where "nature and science meat." Clever tagline aside, Improved Nature is driven by the belief that "small acts can affect the most change in our world" and is on a mission to develop "better protein for a better planet."

"This is a way to feed 10 billion people by the year 2050 and give them something that is nutritious, simple, healthy and sustainable," Hawkins said.

By 2050, the world population is expected to reach 9.8 billion, and the demand for food will be 60 percent greater than it is today. According to the World Economic Forum, climate change, urbanization and soil degradation will have shrunk the availability of farmable land by this time.

As environmental consciousness increases and concerns about sustainability, food security and overall health grow, there's never been a better time for Hawkins to put his food science knowledge to work. It may seem ironic that a "meat" guy is now making plant-based protein products, but that's why Improved Nature's products are unlike others on the market.

Hawkins and his team know what meat should feel, taste and "smell" like. As food scientists, they've researched and developed a process for "gluing" the soy fibers together in a way that resembles the makeup of chicken strips, nuggets, cutlets, filets and more.

"It chews like meat, it has the same nutritional profile as meat, and this gives the great experience that we all look for when eating," he said. "We felt like we knew what our consumers would want. We didn't go into this market to feed all the vegetarians. We want to feed everybody. We want our products to taste good enough that anybody would be happy to serve them for any meal."

Improved Nature wants to appeal to vegetarians, meat eaters and what it calls a "flexitarian." It's also setting itself apart by using simple ingredients, rather than incorporating several additives. Right now it develops soy exclusively, but the company plans to expand into other plant proteins.

"That's why we call ourselves Improved Nature. Using heat pressure and steam, we're taking something that nature provides and improving upon it," Hawkins said. "It's very difficult to do this. We're not making cereal. It's much more complicated dealing with the plant protein, which is essentially glue. We have up to seven different processes that we're running out of our facility that make different products."

After the faux meat has been developed, flavor is added. Right now, Improved Nature products can be found in Whole Foods under the Perky Jerky brand. Improved Nature is predominantly a business-to-business company that sells its products worldwide to other companies who integrate its food products into their own formulations.

"The whole plan from the beginning was not to be a branded company, but to supply different companies with our product, and we are continuing to grow that way," Hawkins said. He does, however, see a potential future in creating branded Improved Nature products for retail as business continues to expand.

When deciding where to create a home base for Improved Nature, the choice was easy. While Hawkins lives just outside of Garner, two of his business partners reside in town. They turned the old Papa John's dough-making plant on Vandora Springs Road into Improved Nature's headquarters.

"We've always felt like Garner was our home. We've been traveling for 15 years from Garner and bringing technology to other places all over the world. We felt like we could do this here. There were a lot of temptations to go to other places, but we felt like this was something that we wanted to bring to this community. It feels like home," Hawkins said. "People rolled out the red carpet for us to stay here. We've been very pleased with the support we've gotten from the community."

Hawkins, who initially wanted to be a veterinarian, believes he is right where he is supposed to be.

"I don't know exactly where all of this is going to go, but so far it's been a blessing. Why would an [aspiring] veterinarian become a meat scientist? Why would meat guy do a plant-based product? God has a sense of humor," he said.