Lunar eclipse: How to watch the extra special blood moon and a brighter Mars 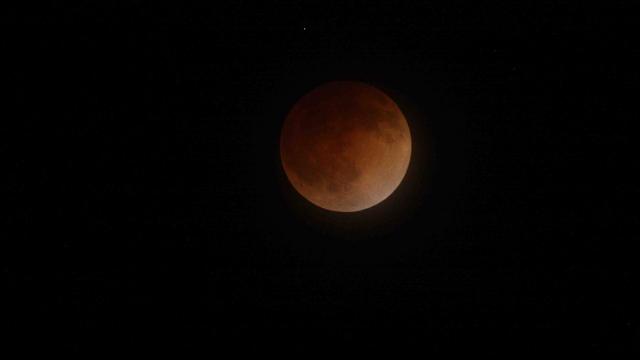 On Friday, skywatchers around the world will be rewarded with the longest total lunar eclipse of the century -- except those in North America.

The totality of this lunar eclipse will last about an hour and 43 minutes, but a partial eclipse before and after the total phase will each last an hour and six minutes -- which means the moon will spend nearly four hours crossing the Earth's shadow.

Lunar eclipses can occur only during a full moon, and this one is extra special because it's also the blood moon. The moon will be in perfect alignment with the sun and Earth on Friday, with the moon on the opposite side of the Earth from the sun.

Earth will cast two shadows on the moon during the eclipse. The penumbra is the partial outer shadow, and the umbra is the full, dark shadow.

When the full moon moves into Earth's shadow, it will darken, but it won't disappear. Sunlight passing through Earth's atmosphere will light the moon in a dramatic fashion, turning it red.

Depending on the weather conditions in your area, it may be rusty, brick-colored or blood-red.

This happens because blue light undergoes stronger atmospheric scattering, so red light will be the most dominant color highlighted as sunlight passes through our atmosphere and casts it on the moon.

"The moon is not always in perfect alignment with the sun and the Earth, so that is why we do not get a lunar eclipse every lunar cycle," Brad Tucker, an astronomer with the Australian National University's Research School of Astronomy and Astrophysics, said in a statement. "You will see the sunrise and sunset of the Earth lighting up the surface of the Moon -- over 350,000 km away. If you were on the Moon, you would see a total solar eclipse as the Earth would be blocking the Sun."

This full moon in July is also known as the Full Buck Moon and Thunder Moon, occurring when a male deer's antlers are in full growth and at a time of frequent thunderstorms, according to the Farmer's Almanac. It's also a "mini-moon" because the moon is the farthest from Earth and appears small. The fact that the moon appears so small and takes longer to pass through Earth's shadow is also why the eclipse lasts longer.

So where can you see the total lunar eclipse?

People in Australia, New Zealand, Europe, Africa and Asia will have the best view, while the final stages of the eclipse after sunset will be visible in parts of South America.

For those in the Middle East and Madagascar, the eclipse will occur about midnight, and people in Europe and Africa will have the best view between sunset and midnight. Asia, Indonesia and Australia will see it between midnight and sunrise Saturday.

The Royal Astronomical Society said that Mars and the moon will appear low in the sky for everyone in the UK, so a location with an unobstructed southeastern horizon will afford the best view.

North America, much of the Pacific Ocean and most of the Arctic won't see a thing -- but live streams and photos from around the world will share the splendor. The entire US won't be able to see a full lunar eclipse again until January.

The Virtual Telescope Project will share a live stream of the lunar eclipse and Mars at its brightest just a few degrees apart above the skyline of Rome.

Mars in the sky

Our red moon will have some company Friday. As an extra gift, Mars will also be at its brightest, accounting for two red lights in the sky.

Mars is reaching its opposition, when it's in alignment on the opposite side of the Earth and the sun. This occurs at the same time that Mars will reach one of its closest points to the Earth, about 35.9 million miles away.

Mars will actually be at its closest approach since 2003 on July 30 and 31, at 35.78 million miles away. So if bad weather disrupts your opportunity on Friday, there will be more chances.

Mars' closest approach will be before sunrise on July 31 at 4 a.m. EST and on July 30 at 10 p.m. Hawaiian Time, according to EarthSky.org.

Although it won't look nearly as large as the blood moon, Mars will be its largest in size if you're looking through a telescope and close to its maximum brightness in our sky. Mars is also safe to view with the naked eye.