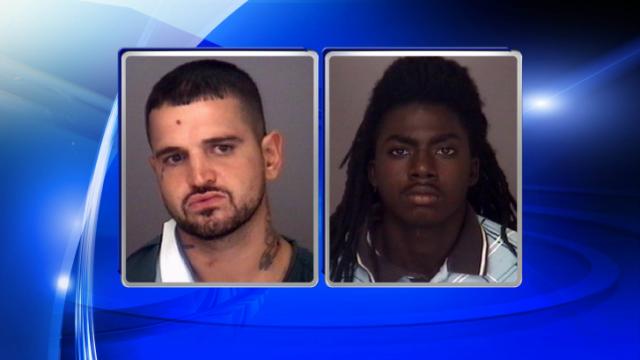 Lumberton, N.C. — A Lumberton man exchanged gunfire with three men who burst into his home Monday night and tried to rape his granddaughter, killing one and wounding the others, authorities said.

Kenneth Byrd, 67, was shot several times in the exchange and was in serious condition at an undisclosed hospital earlier this week.

Byrd's wife and 19-year-old granddaughter told investigators that a man knocked on the door of their home on Yedda Road on Monday night and asked for water because he was having mechanical problems with his car. Two masked men dressed in black and armed with handguns then forced their way into the home and demanded money.

The Byrds were forced into the back of the house and ordered to open a safe, but authorities said they haven't yet determined what was stolen from the house.

The three intruders then tried to rape the Byrds' granddaughter, so Byrd grabbed a weapon inside the house and opened fire on the men, authorities said. The trio fled the home and drove off in Byrd's gold Cadillac.

The Lumberton County Sheriff's Office later received a call from McLeod Hospital in Dillon, S.C., where two men were being treated for gunshot wounds. Brandon Carver Stephens, 28, of Fairmont, and Jamar Hawkins, 17, of  Lumberton, were airlifted to another hospital for emergency surgery.

On Thursday, both men were booked in the Robeson County jail on two counts of robbery with a firearm and one count each of first-degree burglary, assault with a deadly weapon with intent to kill, first-degree sexual offense, kidnapping, possession of a firearm by a felon and felony conspiracy. Stephens is being held under a $1 million bond, while Hawkins' bond was set at $1.5 million.

Investigators tracked the stolen Cadillac to a home on Singletary Church Road in Lumberton, where they found the body of Jamie Lee Faison, 20.

Authorities said all three are suspects in other home invasions in the Robeson County area.