Knightdale, N.C. — Nicholas Stephenson had a pit-in-the-stomach hunch when he saw the news. The demolished car -- silver in color, black rims -- looked too familiar. One of his best friends, someone he knew since sixth grade, drove a car just like it. And he wasn't answering his phone.

"I was at work and I had to leave because I was overwhelmed," Stephenson said.

Nobody had heard from Yameer Greene for hours. No text. No response on social media. And now there was a crash on Interstate 87 in Knightdale that involved car that looked like Greene's Dodge Dart. 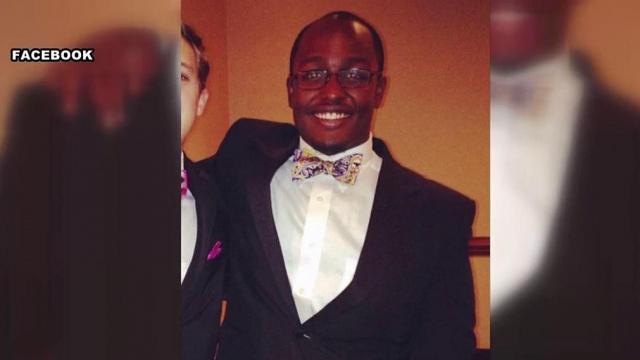 "And I was asking around, asking everybody if they knew it was for sure," Stephenson said.

By Tuesday evening, what he feared the most was confirmed: Greene, 26, was killed in that fiery head-on collision near Hodge Road. The Highway Patrol says Tre'shon Pope, 19, of Washington, N.C., was driving a Honda Accord at a high rate of speed along southbound I-87.

A witness, Charles Woodard, told WRAL that the car had been weaving through traffic before it crashed through the median and into oncoming traffic. Troopers say the Accord struck Greene's car and burst into flames. Pope and his passenger, whose name has not been released, were killed.

"Ten seconds earlier or later, we wouldn't be here right now having this conversation," Stephenson said. "It just happened."

Three killed in fiery I-87 crash near Knightdale

Friends say Greene was a twice adopted child. His first adoptive mother died when he was a young child, but another family took him in and raised him. Greene sang in his church and in chorus at Garner High School, where he graduated in 2012.

Wednesday night, Wake County's Scotty McCreery, who was a friend of Greene, dedicated a song to him on his Facebook page.

His former choir teacher, Meredith Covington Clayton, wrote on Facebook, "I will NEVER forget the way your eyes watched me as you sang under my direction. I always could see the fire in your soul and it was an HONOR to witness your dedication and passion to choral music."

Greene attended East Carolina University where Stephenson says he majored in sports studies with a minor in parks and recreation management. He worked as an athletic program specialist for the city of Rocky Mount and commuted from his home in Garner. While in high school, he worked at the YMCA.

"He's always enjoyed working with kids and appreciates what he can teach them," Stephenson said.

Friends say Greene had a keen sense of humor and a ready smile. He talked football and basketball and sometimes, while hanging out with buddies, he would break into song. To hear Stephenson tell it, Greene could put a song in the heart of everyone around him.

"It didn't really matter who you were or what group you were a part of or what the situation was, he would just always walk into the room and with his smile, everything was just contagious about his energy.

"I just want to share his energy and legacy -- keep it living as long as possible."