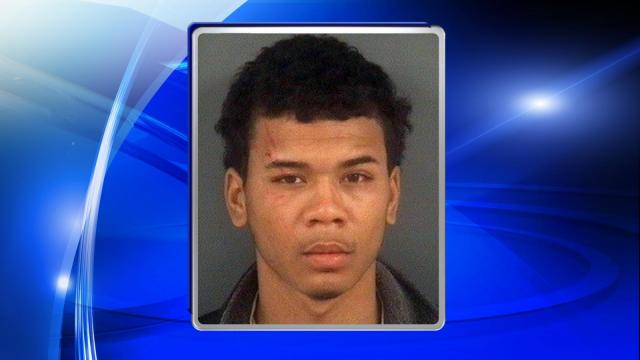 On Sunday, officers responded to the 2200 block of Dockvale Drive in reference to a large and loud party at about 1:30 a.m. and found the block lined with vehicles and about 300 people, which made it impossible for traffic to move through the street.

As officers attempted to clear the street and locate the origin of the party, they saw Montell Darjerbri Allen Hooks, 18, of the 5600 block of Netherfield Place, in an altercation with another person. Hooks had a gun in his hand and others were running away from him and screaming, said police.

Upon seeing officers, Hooks hid the pistol in his waist band and under his jacket and began to flee on foot. He was apprehended after a brief chase, police said.

Authorities determined that the gun Hooks had was stolen during a 2010 incident in Anson County. Upon searching him, police said they found several ID cards, bank cards, and debit cards that did not belong to him.

Hooks was charged with carrying a concealed weapon and resisting a police officer. Police said that further charges in the case may be pending as the investigation continues.

Hooks also had outstanding charges for disorderly conduct in Mecklenburg County. He was being held at the Cumberland County Detention Center under $2,500 secured bond.