Lost cell service in mid-September? This guy might be to blame 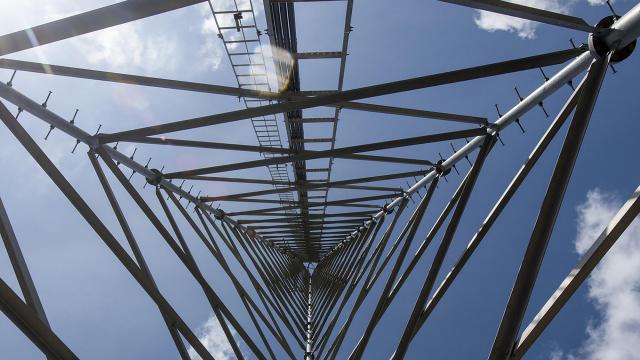 Wake Forest, N.C. — A Durham man is accused of breaking into four cellphone towers in mid-September and knocking out service lines to steal the copper wiring, authorities said.

Kenneth David Voncannon VII is charged with four counts each of injury to real property, injuring wires of telephone companies and larceny. All of the charges are felonies.

Voncannon, who previously worked as a cell tower climber and subcontractor for T-Mobile and AT&T, is alleged to have gotten into the fenced area surrounding four cell towers between Sept. 14 and Sept. 22 using security codes given to employees and contractors of the phone companies, authorities said.

He then cut the power to the cell lines he was targeting, climbed the towers, cutting the brackets holding the lines to the towers along the way, cut the lines themselves so they would fall to the ground and left with the stolen property, mostly copper wiring, authorities said.

The following cell towers were targeted:

Property totaling nearly $74,000 was stolen or damaged at the four sites, authorities said.