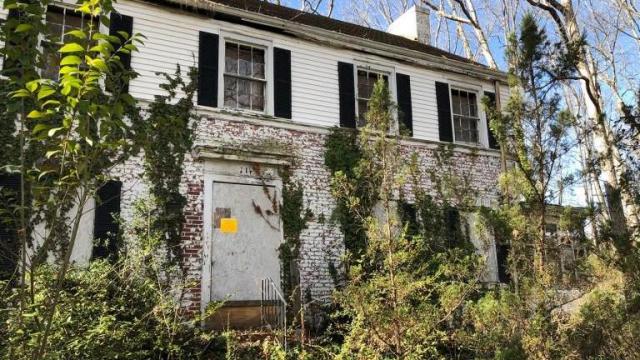 Built around 1940, the Joseph and Lee M. Lazarus house sits atop one of the tallest hills in town. However, after overlooking the historic Rosemount-McIver district for roughly 80 years, the 'Grand Dame on the Hill' is scheduled to be demolished as early as Monday.

The home's story provides a unique modern-day insight into how history is lost.

Joseph Lazarus, the home's original owner, was a Russian immigrant who settled in North Carolina in the 1920s. After getting a degree in pharmacy from the University of Chapel Hill, he opened Lee's Drugstore. Like Ashworth's Drugstore in Cary or Person Street Pharmacy in Raleigh, Lee's Drugstore was a community staple – complete with a classic soda fountain and delivery boy on roller skates. 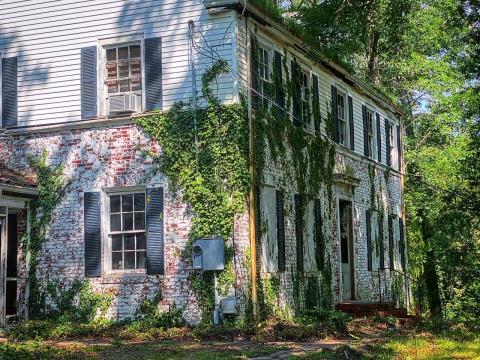 Located in a historic district and owned by a historically renowned man, the classic Colonial Revival brick and weather-boarded home seemed destined for preservation. However, a series of tragic events – beginning with a fire and ending with city council voting for demolition – has led to the historic home vanishing from history.

Jimmy Haire, a City Councilman and historian for the town, described how magnificent the house looked standing at the top of the hill.

Joeseph Lazarus, he said, was beloved in the community. His pharmacy was set up in the historic Makepeace Building, which was built in the 1920s. 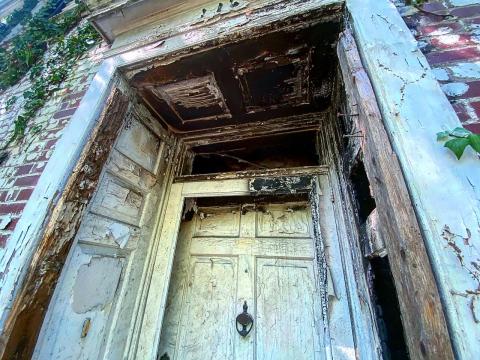 "There was no Medicare, no Medicaid back then," said Haire. "A doctor would give a prescription and a family may not have the money.

According to Haire, Lazarus was known for helping families pay for the medicine they sorely needed. "He'd say, 'Your prescription’s $3.00. Pay what you can, whenever you can. Your wife or mother is sick, and you need this.'"

Of course, Lazarus couldn't always cut back on his prices. Haire laughed, “Somebody had to pay him every once and a while or he’d go out of business!” 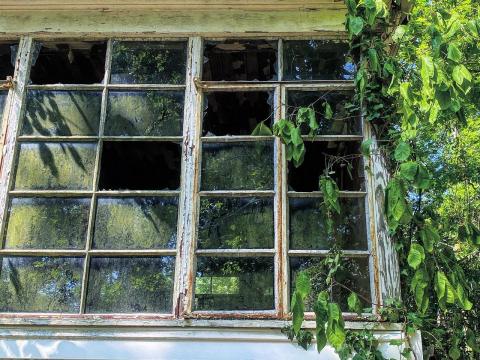 The drugstore was located just down the road from a school, meaning when the school bell rang, a steady stream of teenagers headed up the street to get a booth and a vanilla Coke in the 50s and 60s, according to Haire's memories.

In the 60s and 70s, businessmen gather there during their lunch breaks. "We didn’t have 5-hour energy drinks," said Haire, "So they’d go up there during the mid-day slump to get a dose of caffeine to make it to the end of the workday."

On a typical summer day, locals might see Clint Boyd skating down the streets with deliveries from the Lee Drugstore.

"There was no term called Pharmacy Tech then, but I guess he would have been considered an early pharmacy tech," said Haire. 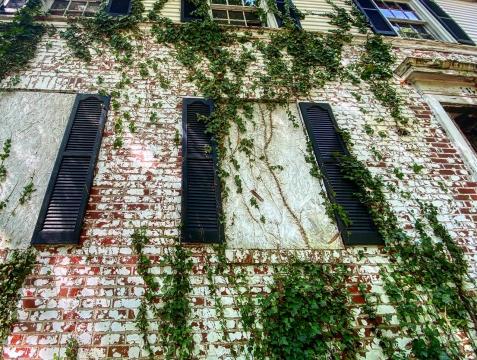 How history is lost: A fire, a death, a demolition

'The Grand Old Dame' doesn't look as lustrous as it once did.

It has been at least a decade since the house was damaged by a tragic fire that was the catalyst for a series of events that have led to an order for the home's demolition.

It's been years since the home had someone living inside it. Photos show trees, vines, overgrowth covering the home as the paint peels away from the walls.

"They have called it the spooky house. The creepy house. The haunted house," said Ashley Wilson, who has been cleaning out the home. 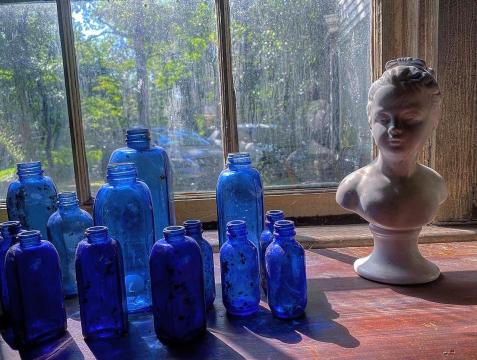 The fire happened in 2010. Kristina Wagner, who lived alone and was fighting cancer, didn't have money to repair the damage.

"Kris lived in this home with no electricity while fighting cancer," said Wilson.

Some of the home's windows were broken by the fire department in their urgency to stop the fire's damage. "But with historic districts, you have to be careful with what glass you replace the windows with -- and the family couldn't afford it," said Wilson.

When Wagner passed away, complications in the estate made establishing ownership confusing.

Neighbors in nearby homes watched sadly over the decades as the home degraded. Neighbors said in its prime, the home had an outdoor fireplace, botanical gardens. The entire hillside was daffodils. 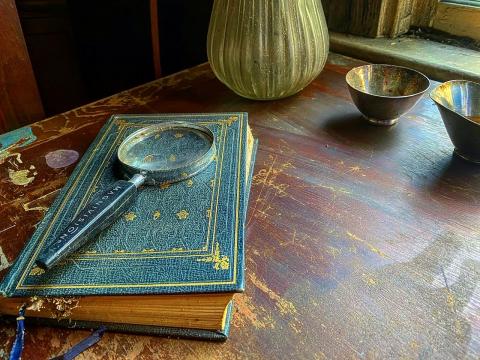 Some neighbors said they tried to keep the yard clean, but as it became more and more overgrown, they felt it became a danger to the neighborhood.

"It is a shame that this is lost," said Nancy Gustafson, who lives beside the home. "This was the most beautiful home in the neighborhood." 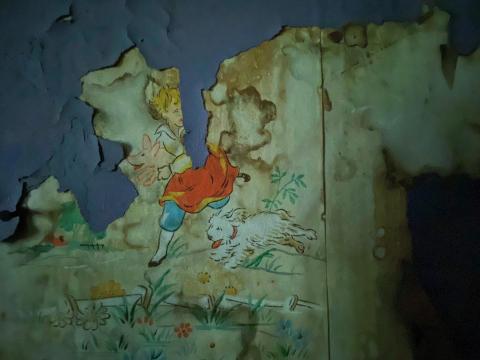 Some members of the community remember a time when Joseph Lazarus and Lee McIver's home was bustling with life, like when neighbors would see Lazarus heading off to the drugstore to provide medication and cherry sodas for the community.

"The hill in front of the house is called Hillcrest Drive. It's one of the steepest hills in Sanford. Whenever it would snow, the city would block off the street, and kids from all around the community would come sled there," said Haire. 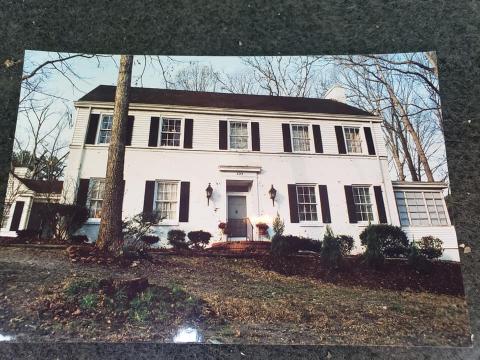 Joe Lazarus, the first grandson of Joseph Lazarus, the home's original owner, provided photos of how the home appeared during its prime. 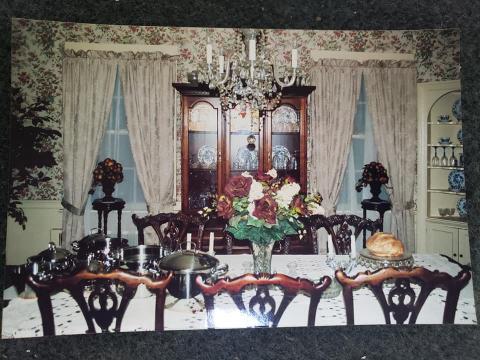 Here is a look at the dining room, when the corner shelves built directly into the wooden wall were still painted a brilliant white. 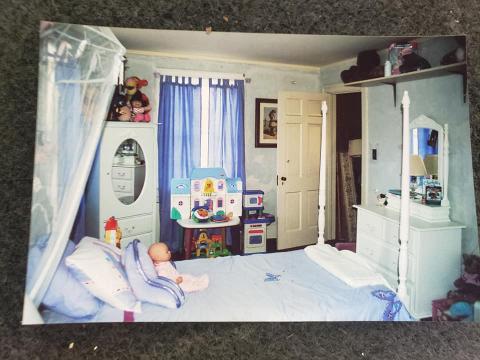 The children's bedroom, where we found the peeling paint with vintage wallpaper peeking out from underneath, once had blue curtains. 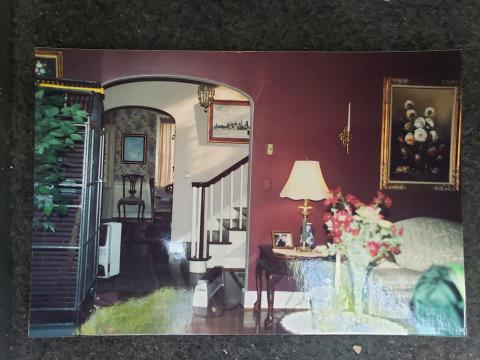 The open, arched entryways were once painted with burgundy paint, instead of the peeling brown walls that are inside the home today. 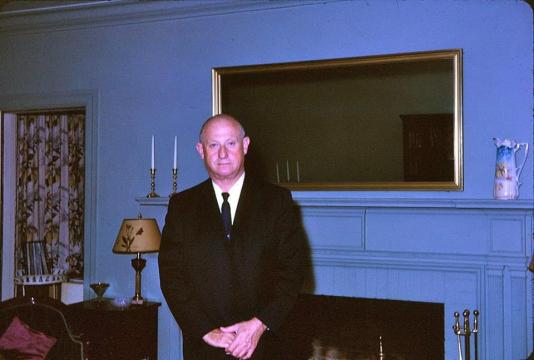 Here's a photo of Joseph Lazarus, standing inside his home when it was still in its prime.

When the house is gone, will people still remember Joseph Lazarus and Lee McIver?

"This is our history. We don't have much history left standing here in Sanford," said Wilson.

Did you know there's an entire abandoned NASCAR speedway (and horse track) in Hillsborough? The grandstands, seats and old cars can still be seen today.

WRAL's Hidden Historian recently did a live stream exploration inside the abandoned remains of a hospital from the early 1900s.

Inside the walls of St. Agnes Hospital: History of segregated health care in Raleigh
SUGGEST A CORRECTION