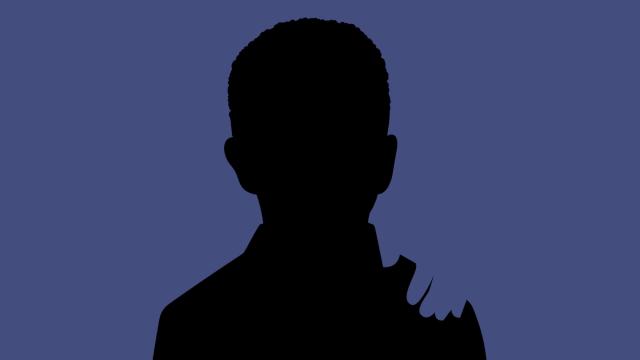 Barack Obama’s parents separated when he was an infant, and he didn’t see his father again until he was 10. That was their last encounter. In place of his father’s touch, he had his father’s ghost. He titled his memoir “Dreams From My Father.”

While that hole in his life has been thoroughly examined, the link that it established between him and two men pivotal to his historic 2008 election has gone mostly unnoticed.

His chief strategist, David Axelrod, was just 19 and midway through college when a police officer showed up at his apartment to tell him that his father had committed suicide.

And Obama’s chief pollster, Joel Benenson, was so young when his own dad died, of lung cancer, that he has no memories of him, only the stories that his mother and his two older siblings passed on. He also has an ache that’s faint but stubborn.

“You never escape it,” he told me recently. “There’s something incomplete. There’s this one little piece.”

On Father’s Day, we pause to recognize what our dads have given us. Often it’s a blueprint and a path. Often it’s sheer time. But often it’s the opposite: Their absence as much as their presence wields extraordinary power.

“Dreams From My Father” explored that, and I knew, from it and from Obama’s other public reflections, how much he was shaped by the brevity of his exposure to his father, who died at 46 in a car accident in Kenya.

But I was less familiar with Axelrod’s and Benenson’s journeys, and I was curious about whether they found meaning in the coincidence that they and Obama were fatherless before they were grown up. Was that part of the glue that bound them? Did it help fill them with the necessary fire to take on the long-shot mission to put a first-term African-American senator in the White House?

Obama once told Newsweek magazine that “to put yourself through what is a pretty rigorous process of running for president, you’ve got to have learned to set up some pretty high expectations for yourself — something’s got to be driving you.” Referring specifically to his father, he added, “If you have somebody that is absent, maybe you feel like you’ve got something to prove when you’re young, and that pattern sets itself up over time.”

Axelrod, like Obama, was haunted by how his father — a big-hearted psychologist — lived and died.

“For years after his death, the anniversary announced itself to me through bouts of depression and self-doubt,” he wrote in his memoir, “Believer.” “What did it say about my fate that the man I so admired could end up broke and alone, overcome by feelings of failure?”

He and Benenson told me that while they didn’t discuss their missing fathers with Obama, they knew that it was something that they all had in common. They also believe that they shared a strength that was perhaps traceable to surviving this particular hardship, this pronounced sadness.

“We all lost our fathers — that accelerated our transition from childhood to adulthood,” Axelrod said when we talked a few weeks ago, though he noted that he was lucky to have much more of his father than the other two had of theirs.

“There was this sense, even though I had two more years of college, that my childhood was over,” he said. “My father was the one I turned to for wisdom, for support. Without him, I was going to have to find my own way.”

Finding their own ways: All three men took big swerves and big risks. Obama changed colleges, moving across the country to Columbia in New York from Occidental in Los Angeles. He did community organizing. He taught law. He took the plunge into politics and then the deepest and scariest of dives, reaching for the presidency itself.

Where does a man get that confidence? Maybe from realizing early that he can fend for himself. Maybe from developing a resilience that others didn’t have to, at least not as soon. Maybe from profound loss.

Axelrod started out as a journalist, then switched to political consulting, opened his own firm and made his name as the architect of campaigns that were hardly slam dunks, Obama’s 2008 presidential bid among them. He later added yet more careers atop that: director of the Institute of Politics at the University of Chicago and senior political commentator for CNN.

Benenson majored in theater in college, then became a beer distributor, then a political journalist and only after that, around the age of 40, a pollster and political strategist. He was the chief strategist for Hillary Clinton’s 2016 campaign.

Axelrod said that while there’s “an incredible vulnerability” in losing a parent at a young age, it’s also “a sink-or-swim kind of thing. You learn self-sufficiency.”

Benenson did. “We struggled for money,” he said, recalling his childhood in Queens. “My mother was a single mother, working her butt off.”

In politics there’s a noteworthy crowd of men whose intense, complicated relationships with their fathers left an outsize imprint on their lives, and that includes men separated or estranged from their dads, in ways subtle and stark. Subtle: George W. Bush seemed to see his father as a model who couldn’t be matched, a bar almost impossible to clear, and simultaneously emulated and rebelled against him. Stark: Gerald Ford’s and Ronald Reagan’s fathers were alcoholics. Ford, reared by his stepdad, didn’t even learn of his biological father’s existence until he was a teenager.

Around the time I interviewed Benenson and Axelrod, I also happened to talk with John Hickenlooper, the Democratic governor of Colorado and a possible 2020 presidential candidate. He was 8 when his father died.

I’m focusing on men because they’ve dominated the uppermost echelons of politics. But women on top also have family histories — for example, Hillary Clinton’s relationship with her gruff perfectionist of a father — that factor mightily into their trajectories.

I know Benenson and Axelrod well enough to be familiar with how decent and generous they can be, and I wonder whether grief and struggle foster empathy. I asked them about that — and about Obama.

“There is a humanity to him,” Axelrod said, adding that it’s almost surely informed by what he went through as a boy. “That does tenderize you.”

It can also create a certain perspective. “No Drama Obama” was a nickname given to him during that 2008 campaign, and Benenson said that it reflected the three men’s shared ability to distinguish between minor disturbances and major ones.

“It gets a whole lot easier to stay focused on big stuff, not small stuff,” Benenson said. These three focused on something enormous, fashioning lives as eventful as their fathers’ were abbreviated.