Looking for an Affordable Holiday Getaway? Try These Destinations 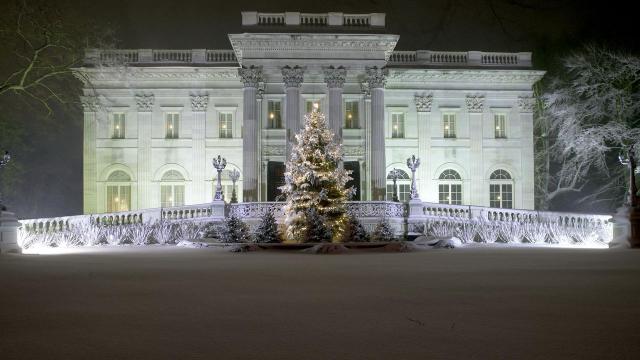 The holiday season, starting from Thanksgiving up through the new year, is a notoriously expensive time to plan a vacation.

“It’s a case of supply versus demand,” said Rummy Pandit, the executive director of the Lloyd D. Levenson Institute of Gaming, Hospitality and Tourism at Stockton University in New Jersey. “Many people have time off during the holidays and want to get away, and, in turn, hotels charge premium prices. In fact, rates in high demand destinations can be four times than what they usually are.”

But there is a flip side: Pandit said that you can go on a fun-filled getaway for a good value if you do the research to find one. There are deals to be had if you look in the right places, and more destinations than ever want to lure budget-minded travelers for a late-year getaway. Here are some of them.

Summer is the peak tourist season in Newport, Rhode Island, but prices go down in winter, and there’s still a lot to see and do.

Newport’s Gilded Age mansions are open daily in the winter season, and you can see them decked out for the holidays from Nov. 17 to Jan. 1 with thousands of poinsettias, fresh flowers, evergreens and wreaths.

Hotels in town significantly discount their prices in winter. For example, Firehouse Inn, originally the 1888 Newport fire department building, has rooms starting at $139 a night, compared with $450 in the summer. Rose Island Lighthouse, listed on the National Register of Historic Places, has bookings at an average rate of $139 a night, compared with peak season rates of $249.

Take in the winter sun and fun in Florida

St. Petersburg, Florida, has an average of 361 days of sunshine a year and is a solid choice for a warm-weather getaway. But in addition to hitting the beach, you can also get a dose of art while you visit: the city is home to the Dali Museum, dedicated to the works of that artist. The Magritte and Dali exhibition, which will display pieces from the two famous surrealists, opens on Dec. 15.

If surrealism isn’t your style, consider a visit to the Museum of Fine Arts, which has a number of upcoming events through the holiday season, including a midcentury themed New Year’s Eve party, which while pricey, is inspired by the museum’s many winter exhibitions.

Hotels prices in St. Petersburg can be significantly lower than those of other beach destinations in Florida. According to research company STR, the city’s average nightly hotel rate was $117 last December. Miami’s, in comparison, was $247.

Fly abroad for a holiday in Europe’s capital cities

Hotel prices drop in London, Paris and Rome in November and generally stay low through January, with the week between Christmas and New Year’s being the exception.

Nicola Butler, the founder of NoteWorthy, a travel company that sells trips to London, said that the city’s nightly rates for hotels are lower during these months than they are in the summer and fall. “Rates soften, and it’s a very atmospheric time to be in town because there are lots of holiday fairs and concerts, and the city is beautifully decorated,” she said.

Going to Claridge’s in London to see the hotel’s Christmas tree is a popular pastime for locals, partially because the tree always has a famous designer behind it. The 2017 tree was designed by Karl Lagerfeld, for example. Diane von Furstenberg is designing the tree this year, and anyone can visit the hotel to see her work of art.

Some hotels in town also have attractively priced packages. One example is the Cultural Break package from the Baglioni Hotel London that includes two nights’ accommodations, breakfast, two tickets to the Victoria & Albert Museum and an aperitif at the hotel. Bookings for the package start at $893.

Paris and Rome also have elaborate holiday decorations, and hotels in both cities have affordable holiday-themed packages. Popular booking sites like Expedia and Skylark offer several air-inclusive holiday packages to both destinations as well as to London.

Experience the holidays in the Canadian outdoors

With the strong U.S. dollar, traveling to Canada is an affordable proposition for many Americans, and prices are low during the cold, winter months. In some cases, hotel rates are 50 percent less than they are in summer.

Alberta is one region to consider exploring. It’s a world-class ski destination, but you can also go ice climbing, snowshoeing, sleigh riding and stargazing.

The Banff Christmas Market runs from Nov. 22 to Nov. 25. Admission is $5 on weekdays and $8 on weekends; children 12 and under don’t pay admission. Families can listen to live bands play holiday music, sample mulled wine and other seasonal treats and shop for gifts from local vendors.