Looking back: The top statewide stories of 2018 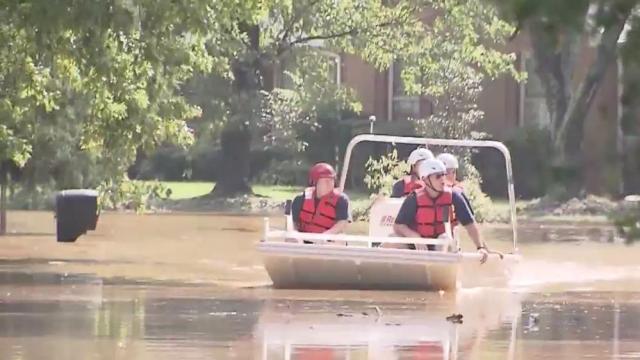 Here’s a recap of the top stories from around the state this year:

The Sons of Confederate Veterans announced they planned to place Confederate flags along Interstate 40, planting one in each of the 17 counties along the highway.

A 20 by 30 foot flag was put up in Burke County in January and the group erected at least two others along I-40 that month.

The project was in response to the removal of Confederate memorials across the south after the tragedy in Charlottesville, Va.

Two babysitters in Winston-Salem were arrested in August after a video of children smoking marijuana circulated online.

Candice Little, 18, was found guilty in December of misdemeanor child abuse and contributing to the delinquency of a juvenile. Michaela Pearson, 21, pleaded guilty to the same charges in November.

The women were originally charged with felonies after the video that showed three children smoking marijuana was posted on Facebook, prompting people from as far away as Louisiana to call police. The charges were reduced because prosecutors could not find evidence the children were injured as a result of the incident.

Drivers along Interstate 95 were surprised to see military convoys along the highway over a March weekend.

The 82nd Airborne Division said it was moving vehicles to Join Base Charleston and several tanks were spotted in North Carolina, South Carolina and Virginia as the move took place.

Man loses job after challenging black family's use of pool

An employee who challenged a black family's use of a gated pool in a Winston-Salem community lost his job after the encounter went viral on social media.

Adam Bloom was caught on camera questioning Jasmine Abhulimen about whether she was allowed to bring her son to the pool. Bloom eventually called police, saying Abhulimen was a nonresident who refused to leave.

Abhulimen owned a house in the neighborhood and had a keycard to access the pool.

The video had been seen more than 4 million times in the days after it was posted in July.

A boat captain and crew member were suspended for a week after they flew a "Trump 2020" flag on an Outer Banks ferry in July.

Photos of posted to Twitter showed the campaign flag flying next to the North Carolina state flag and an American flag, sparking a Department of Transportation investigation.

Hurricane Florence caused significant damage when it made landfall on Sept. 14.

The storm pummeled the state for days and left many communities still struggling to recover from Hurricane Matthew in 2016 underwater again.

Nearly 40 people died as a result of the storm and damage estimates topped $17 billion.

A TV news anchor and photojournalist from Greenville, SC were killed in May when a tree fell on their vehicle in Tryon.

Mike McCormick and Aaron Smeltzer, who both worked for WYFF-TV, were covering flooding and severe weather associated with Subtropical Storm Alberto when the large tree fell on their vehicle on U.S. Highway 176.

Authorities said the trees roots had been loosened in ground that was saturated by a week's worth of rain prior to the incident.

Workers at an Atlantic Beach condominium complex made a tragic discovery when they found a man dead in a beach chair in June.

The workers at The Dunes Club said they were preparing for the day when they saw 50-year-old Howard James in the chair and realized he was dead when they asked him to move.

Authorities said James, who was from Maryland, died as the result of a medical condition.

Charlotte Councilwoman LaWana Mayfield came under fire in April after she posted a link to an article on Facebook calling the Sept. 11 terrorist attacks a "controlled demolition."

In the post, Mayfield wrote she was "still waiting for someone to produce pieces of the planes that opened the doors for U.S. citizens to lose all privacy rights."

Millions of eggs distributed from NC recalled for salmonella

More than 200 million eggs distributed from a Hyde County farm were recalled in April after salmonella contamination was found.

According to an FDA report, Rose Acre Farm- the farm linked to the salmonella outbreak- had an ongoing rodent infestation, unsanitary conditions and poor employee practices."

More than 22 people were sicked as a result of the multi-state outbreak.