Look younger without going under the knife 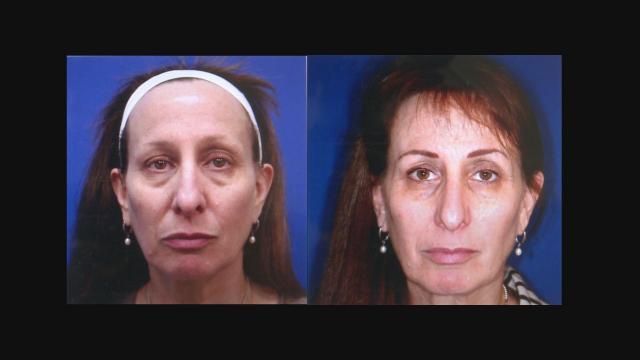 Durham, N.C. — At 54, Robin Dubois didn't like what she was seeing in the mirror.

“My look didn’t exude how I feel, because I feel very vibrant and young,” she said.

Dubois wanted to get rid of dark circles, erase lines and highlight her eyes.

She went to Dr. Ed Ray of Southpoint Plastic Surgery & Aesthetics, who showed her nonsurgical options for achieving the look she desired.

There are two types of injectibles. Neurotoxins, including Botox, relax the muscles so lines fade.

“We inject them into the muscles that we intentionally want to weaken, such as in the forehead, between the brows, around the eyes, around the mouth,” Ray said.

Then there are fillers, such as Restylene.

“All those fillers are doing is simply replacing soft tissue that’s missing under the skin,” Ray said.

“They never grew back,” she said.

Showing before-and-after photographs of Dubois, Ray points out the dramatic difference in her appearance.

Dubois also had a laser treatment, which Ray said is “excellent for treating pigmented lesions on the face, for vascular lesions – any kind of pinkness, redness.”

“Immediately after I had that done, I had many comments from people saying I must have had a facelift,” she said. “And I didn’t.”

Prescription creams and ointments are designed to cause lasting changes in the skin. They can accelerate the healing process for those with surgical scars and tighten the skin.