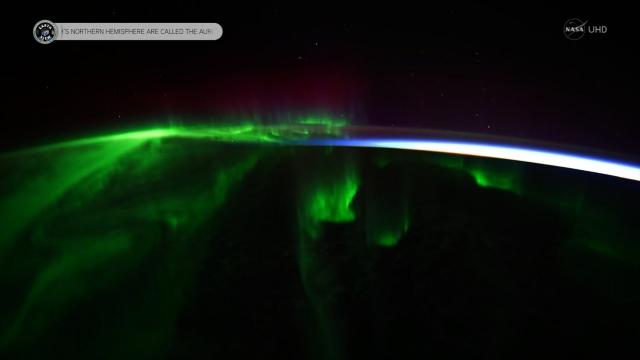 From Michigan to Canada, plenty of folks stayed up Sunday to watch and record the spectacle of the Northern Lights -- and it didn't disappoint.

NOAA's Space Weather Prediction announced last week that there was a possibility the Aurora Borealis would be visible "as low as New York to Wisconsin to Washington State," on Sunday night into Monday morning.

The video, shot between 2 a.m. and 4 a.m. ET, shows the sky above the water changing through shades of blue and green.

Aurora Borealis happen when electrically charged electrons and protons in the Earth's magnetic field collide with neutral atoms in the upper atmosphere, turning into a stunning show of lights. The phenomenon is named after Aurora, the Roman goddess of dawn.

"I love the vertical pillars that show up and seem to dance across the sky," he said.

In Vancouver, Canada, Kazumasa Shibata slept for only about four hours. She was able to see the lights from her apartment and created a time-lapse video that captures the Aurora as a backdrop to Vancouver's skyline.

"Seeing the Northern Lights in Vancouver is a rare chance so I always check the Aurora forecast website," Shibata told CNN.