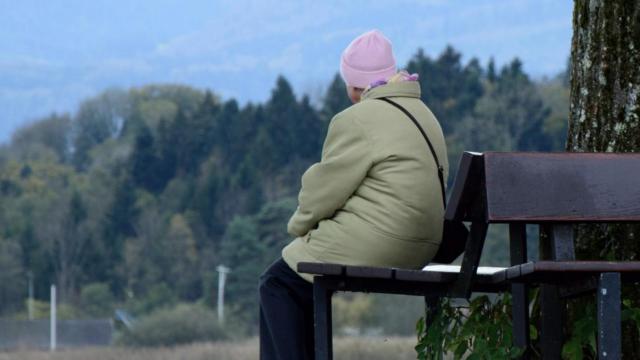 As rates of loneliness increase, so, too, do rates of addiction, depression and other physical and mental health maladies.

In a 2018 study by Cigna of over 20,000 people, nearly half reported that they sometimes or always feel alone.

Julianne Holt-Lunstad, PhD, a professor of psychology and neuroscience at Brigham Young University, in a meta-analysis of 148 studies, found that lack of social connection heightens health risks as much as smoking 15 cigarettes a day or being an alcoholic. Loneliness and social isolation are twice as harmful to physical and mental health as obesity. Additionally, it makes us more susceptible to viruses, is strongly correlated with cognitive decline, and doubles the likelihood we will develop Alzheimer's.

It is an epidemic, as trumpeted in newspapers, popular magazines, psychology and medical journals, and even in the sermon given by Christopher Edmonston this past Sunday. “It is ironic,” Edmonston said, “that in a world where we are more electronically connected than ever before, we are also more lonely.”

When National Geographic writer Dan Buettner studied the five Blue Zones in the world, where people were living healthfully into their hundreds, to determine what their secret was—sure, a healthy diet and active lifestyle were important, but social cohesion was more so. In Sardinia (Italy), Okinawa (Japan), Loma Linda, Calif., Ikaria (Greece) and Nicoya (Costa Rica), people had as many as 20 “social touches” in a typical day. Most had at least six people who were considered intimate friends.

In the United States, one-third of people have two or less people we can lean on. One quarter say they have no one to talk to.

When asked why, people answer that they are too busy or that families are spread apart. I’m certainly guilty of that. When the weekend rolls around some weeks, I want to do nothing more than sleep in and try to make order out of the chaos and mess that accrued during the week.

It would probably do all of us some good to remember that, as writer Annie Dillard once famously said, “How we spend our days is how we spend our lives.”

Reach out. It need not require a cross continental trip. It can be as simple as picking up the phone, taking a moment to send out a card, or visiting a neighbor who no longer drives.

Who knows? You may discover that a simple act of kindness benefits you as much or even more than your recipient.