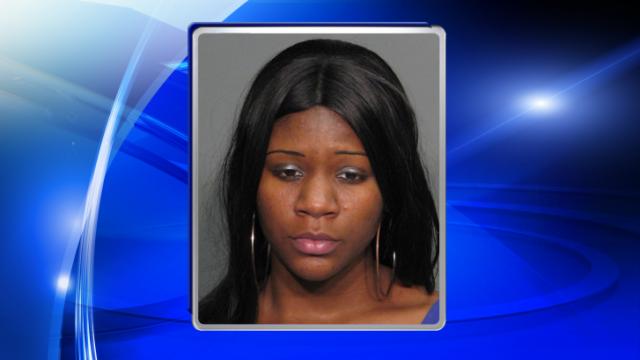 NEW YORK — A North Carolina woman accused of abandoning her baby at a Manhattan subway station on Monday told police that she is homeless and felt she could no longer take care of the little girl.

Frankea Aleasha Dabbs, 20, was arrested on charges of child abandonment and acting in a manner injurious to a child less than 17, police said.

Dabbs, who was being held without bond because she is considered a flight risk, told detectives in a preliminary interview that went to New York on July 2.

"She felt she couldn't take care of the baby and thought she was leaving her in a safe public space," said Stephen Davis, spokesman for the New York Police Department.

Prosecutor Eun Ha Kim said during a court hearing Tuesday that she showed no remorse.

Frankie Dabbs said Tuesday afternoon that his daughter who once lived on Summit Arbor Drive in Raleigh, left her aunt's house in Roanoke Rapids last week and didn't tell anyone.

The 10-month-old girl, Milaney, he said, was healthy and happy and well-cared for by her mother, who had recently been going through difficult times.

"I think it's because she had a tragic past. She saw her boyfriend get murdered – the baby's daddy – and I think it, maybe, escalated from there," Frankie Dabbs said. "She was holding all of that in."

But he wasn't sure what might have prompted her to allegedly leave the child, whom he hopes to bring back home to North Carolina.

NYPD investigators said witnesses told them that a woman pushed the stroller onto the platform at Columbus Circle, then stepped back into the car. The doors closed, and the train left the station.

A passenger had seen the woman and child board the train at 42nd Street and Seventh Avenue, police said. The passenger got off at Columbus Circle and noticed the unattended stroller on the platform and the mother inside the train.

After the train pulled away, the passenger remained with the baby for about 20 minutes. When the mother did not return, she notified a subway worker who called police.

Authorities were notified of the mother's whereabouts by someone who recognized her from photos and video police released showing a woman pushing the child through a subway turnstile gate.

Milaney was examined at Roosevelt Hospital, and doctors found no apparent signs of trauma, police said. She was placed in the care of the city's Administration for Children's Services.

A New York City law that allows people to take an unwanted baby to a firehouse, police station or hospital with no questions asked would not have applied in this case because it only pertains to infants 5 days old or younger.

Dabbs' police record shows two arrests in Raleigh, one for breaking and entering in 2010 and another for prostitution in 2011.