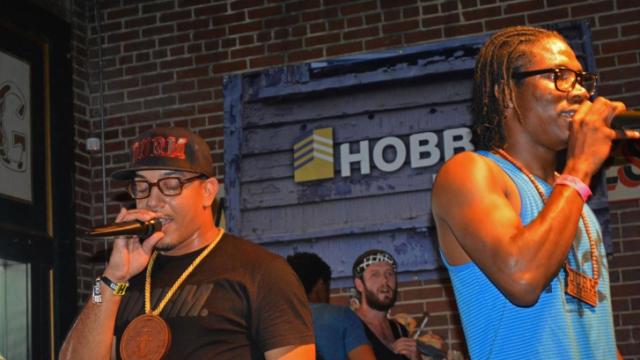 Raleigh, N.C. — Traditionally, local bands always open for the headliners on the main stage in City Plaza during Hopscotch Music Festival. Let's meet the bands representing the Triangle this year.

Toon and the Real Laww

Hailing from the Bull City, this hip-hop duo are no strangers to Hopscotch. They played the Pour House during the 2012 Hopscotch Music Fest and are always mainstays at day parties. In fact, last year I saw the Real Laww everywhere I went. He was in City Plaza. He was on a street corner eating a hot dog and drinking a Red Bull. He was on stage with Toon rocking it at the Cardigan Records day party at Tir na Nog.

This year, they have an official slot opening for hip-hop legends De La Soul during Hopscotch's first ever Thursday night main stage show.

The duo found out in April after their Art of Cool Festival performance in Durham and had to keep it quiet.

“It was amazing (to find out we would be) in the same realm, the same stage with people that have been rocking it for like 30 years,” Toon said.

The opportunity is definitely not lost on them.

“I feel like if played correctly, and if the crowd receives us, this could be one of those breaks in the career path...that we’ve been waiting on," Toon said.

If you do miss them on Thursday, they are always doing impromptu freestyle sessions after hours at the clubs.

This Raleigh band plays a mix of Americana and alternative. 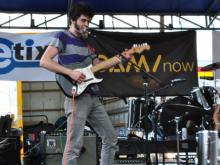 "With surprisingly witty lyrics and a peppy blend of guitar riffs, the average music fan can appreciate their work," WRAL Out and About music writer Greg Hutchinson said.

If you have never seen the band before, lead songwriter Brian Corum says to expect an energetic show. He said their sound is hard to describe. The band has been compared to Modest Mouse.

Lonnie Walker has played Hopscotch's night shows before but the past two years only played day parties.

"It was exhilarating that not only were we playing again, but playing the main stage," Corum said.

"It amazes me that we will be playing on the same stage as those two bands," Corum said, noting that he is a big fan of both.

This Chapel Hill band will open Saturday night for Death and Mastodon at City Plaza. This rock 'n roll band has been together 15 years and is still playing hard and fast. 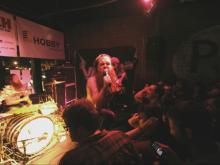 "Shrouded in mystery, we’re going to kick you in the face with rock 'n roll," Valient Himself told us. "Or at least sucker punch you in the jaw when you’re not looking.”

Hutchinson describes the as a "rock-your-soul heavy metal mesh of energy and crazy."

"One of the most memorable live shows I've ever seen at Hopscotch was put on by Valient Thorr," Hutchinson said.

The band, which was formed in Greenville, N.C., has played Hopscotch day and night shows but never the main stage. It is fitting though that they will be opening for Mastodon, a band they have toured with in the past.

Valient Thorr is just coming back from a tour in Europe, so they are happy to come home and play.

Some tickets to Hopscotch Music Festival are still available. They can be purchased on the festival's website.