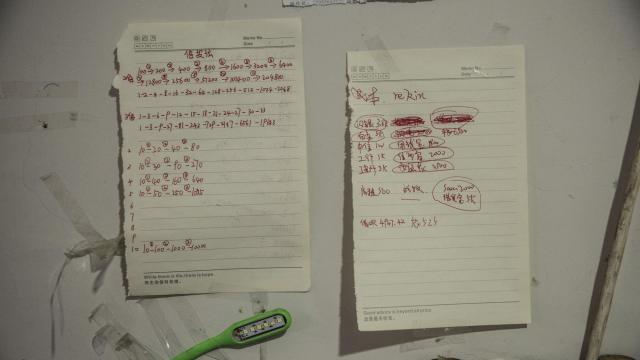 HONG KONG — Bai Shichao has a debt problem that is bigger than his paycheck — and that’s a problem for the rest of China, too.

Bai, a 30-year-old Beijing deliveryman, has borrowed heavily from China’s growing ranks of online cash lenders. In a country that lacks reliable ways to tell who might be a good borrower, these lenders use artificial intelligence and oddly personal data — like tracking how fast prospective borrowers type on their phones — to determine who will pay them back.

With Bai, they have failed. First he borrowed to start a business. When that went bust, he borrowed to bet on coal, rapeseed oil and sugar on China’s futures markets. Soon Bai began borrowing from one lender to pay another.

“It’s like gambling,” said Bai, a university dropout who has cycled through a series of menial jobs like security guard and waiter. “You start to gamble. Soon you get addicted to it.”

With more than $100 billion worth of loans and rising worries among Chinese consumers about privacy, Beijing is moving to rein in a freewheeling, well-funded boom in online personal loans.

In November, the People’s Bank of China, the country’s central bank, stopped companies and people from starting new online cash lending platforms. In early December, the China Banking Regulatory Commission said it would crack down on unlicensed cash loan companies and put a lid on high-interest loans.

China’s small loans are piling up. More than 8,600 companies offer some form of small loan, and about $145 billion of those debts remain unpaid, according to the People’s Bank of China. Other estimates run as high as $392 billion, according to the Boston Consulting Group. The government does not track default rates among online lenders, which disclose little on their own.

“We are worried that in an environment where there is no effective credit system, people tend to overborrow, especially when capital comes in,” said Bai Chengyu, an executive at the China Association of Microfinance, who is no relation to Bai Shichao.

These lenders originally emerged as a solution to that problem: how to lend to people with no credit history. By most estimates, that could total about 1 billion people.

China turned to the fast-moving technology sector. Today, thousands of Chinese apps offer cash or financing, often within seconds, based on a wide array of sometimes deeply personal information. China’s biggest internet companies and financial names are funding the effort.

Two years ago the central bank asked China’s most successful internet companies — including affiliates of sophisticated online giants Tencent Holdings and the Alibaba Group — to create their own credit ratings systems. Since then, it has declined to issue licenses that would formalize those systems, and officials have indicated in local news reports that the plan has fallen short of expectations.

Last month, an internet financial association affiliated with the People’s Bank of China announced plans to start a system that would crunch data from China’s big tech firms. Few details were provided.

The new online lending platforms also raise issues of privacy, a new but growing area of public concern in China. Many platforms that track smartphone use have access to data like location services, phone contact lists and call logs that can be used to track and harass delinquent borrowers.

“The government has struggled a lot because they realize that consumers’ personal information is everywhere,” said Liu Yue, a partner at the Boston Consulting Group in Beijing. “But they don’t really know how to change that because the data is already being used.”

Bai Chengyu of the China Association of Microfinance added that “some cash loan companies use all kinds of soft violence to press customers to pay their loans back.”

Last month, Guangdong province in southern China warned that more than a dozen apps had security loopholes that allowed companies to steal user information. Some of this information was then used to harass borrowers and their friends and families.

One of those was an app called Paipaidai. Its parent company, PPDAI Group, recently listed its shares in New York. The Guangdong authorities said the app sends out users’ contacts without permission. The practice “seriously exposed users’ privacy,” the authorities said.

One Paipaidai borrower, a man named Lin in a small town in Fujian province called Quanzhou, said he had racked up about $75,000 in loans from 30 different platforms for living expenses and an investment in a shoe store. Lin, who asked that his full name not be used for fear of reprisal from debt collectors, said he received multiple calls a day from them. Lin showed images of text messages from one called Yongsheng Outsourcing that threatened to “use whatever method to deal” with debt that he owed to Paipaidai. When contacted by The New York Times, a person at that number declined to say whether he worked for Yongsheng or Paipaidai.

Bai Shichao, the food deliveryman with the growing debt problem, tapped some of China’s most closely watched and best-funded online lending services during his borrowing spree.

One of those was a company named Smart Finance. Its app — Yongqianbao, or “use wallet” in Chinese — helps it build a credit rating system based on 1,200 data points related to user behavior. Yongqianbao then connects potential borrowers with lenders. Backed by the venture capital vehicle of Kai-Fu Lee, the former head of Google China and a prominent startup investor in China, it has approved 1.5 million loans a month. Its algorithms look for correlations between behavior and repayment history — and some of those are unusual. Yongqianbao considers how quickly people type on their phones, how often they eat takeout or how much power is left on their smartphone batteries when they apply for the loan. It also evaluates whether the borrower took the time to read the Yongqianbao user agreement. Approval can come in eight seconds or less.

“It is hard to determine how the machine knows,” said Jiao Ke, a former Baidu product manager who created Smart Finance, “but it is much more accurate” than a traditional loan officer.

Even borrowers like Bai who don’t pay back — what Jiao calls a “controlled delinquency” — help the company by providing data, the company says.

Smart Finance uses repayment behavior data to help strengthen its credit rating system, “but there is still a long way to go,” said Carrie Fang, a spokeswoman for Smart Finance.

Bai said he received a $270 loan from Yongqianbao in September. Thanks to the high interest rate, the balance had grown to more than $330 by mid-November.

In exchange for loans, he has given lending platforms considerable personal information — and they are now using it. First they called the people he listed as emergency contacts, he said. Then they started calling other people on his phone contacts.

Some debt collectors sent him texts saying they could trace his location through his phone. “It is meant to threaten you,” Bai said. That ability could not be independently verified. In addition to the thousands that he owes to cash lenders, Bai owes more than $2,000 for rent and other personal debts.

Bai said he now realized that it was not worth trading his privacy for quick cash. “But at that time, whenever I saw a cash loan service,” he said, “I wanted to borrow.”