Little Washington is a gateway to great fishing and hunting 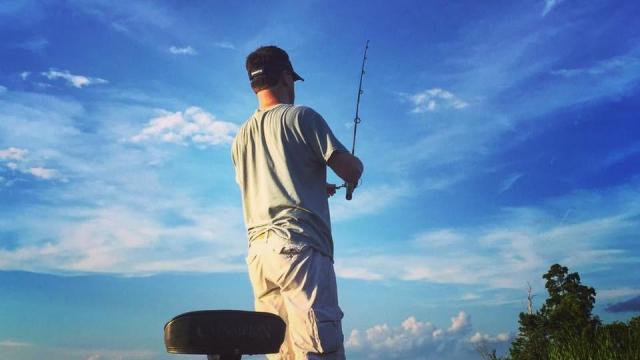 Located along the Tar and Pamlico Rivers, the waterfront town of Washington, N.C., is known for its water-based activities which includes, to little surprise, great fishing opportunities. Additionally, the presence of the local estuary — a place where freshwater meets seawater — creates a unique ecosystem that fishers and hunters regard as one-of-a-kind.

"Throughout the year, the Pamlico River has a tremendous amount to offer — from freshwater bluegill bass fishing to saltwater trophy, red drum and tarpon. This area is unique and blessed in how it's laid out, and the variety of fish that it has due to the estuary and the type of unique environment that Washington has," said Mitchell Blake, owner of Fish IBX, a guided fishing adventure and educational-based outdoor recreation business.

Fish IBX charters expeditions along the Roanoke River, Pamlico River, Neuse River, Albemarle Sound, Pamlico Sound and many of the tributaries between. Blake has decades of experience along eastern North Carolina waters and has a background in fish and wildlife management.

"I've fished all my life. I went to school for fish and wildlife management, and when I got out of school, I actually worked with wildlife. Years later, I decided to start my guide business. I knew that if I were to locate centrally on the Pamlico River that I could fish all the systems — I'd have access to the Roanoke, Pamlico, and of course the Neuse, all in a stone's throw," he said. "The past year, the striper fishing has probably been as good as I've seen it in my life. It has been really, really phenomenal. If people aren't from around here, this is definitely an area to explore."

Throughout the year, several spawning runs of fish come up the Pamlico, species that Blake said people refer to as "anadromous" because they can travel from saltwater to freshwater to spawn. He noted the presence of "more brackish water" on the side of Pamlico gives people access to a few more species than the Roanoke for example.

"We have a lot of diversity here," agreed Richard Andrews, a full-time professional fishing service guide and owner of Tar-Pam Guide Service.

"We have a plethora of freshwater species like bass, pumpkinseed bream and white perch. Especially at the head of the river. These waters are a lot fresher than the waters in the river itself, and as you go south, there's a salinity gradient that exists in the creek and the river, and the distribution of the species reflects that," Andrews said. "So further up the creek and the river you get, the more freshwater species you'll find; and the further down the river you go, you start picking up more of your saltwater species. You get oysters, shrill and that sort of thing down there too, so it really offers a tremendous variety."

Beyond the variety and unique offerings of the area, Washington's natural landscapes, rivers and tributaries are relatively undisturbed by people. This provides both a scenic experience and a fruitful yield should anglers head out on its waters. Additionally, since Washington has both freshwater and coastal waters, both the U.S. Fish and Wildlife Service and the N.C. Division of Marine Fisheries monitor and regulate the waters to mitigate ecosystem disturbance and overfishing.

When asked what his favorite fishing spots in the area are, Andrews said it depends on the time of year and what you're hoping to catch. During cooler months, he advised fishing closer to the river, and in the summer months, recommended fishing further out in the sound.

Blake said some of his favorite areas to fish are Blounts Creek, Durham Creek and right along the downtown Washington waterfront where there are "really good spots for striper fishing and white perch fishing."

Blake also dabbles in hunting, though it is more of a hobby in contrast to his professional expertise in the area's local fishing arena. Waterfowl hunting is particularly good in eastern North Carolina along the rivers.

"I do all kinds of hunting — turkey hunting, duck hunting, deer hunting," Blake said. "I grew up hunting, and when I got ready to start my business, I focused a lot of time on fishing to try to learn everything that the area has to offer and to be good at it, of course. But there's a tremendous amount of hunting that can be done here too."

Blake and Andrews have not only seized the outdoor recreation opportunities that Washington offers, but have made careers for themselves by gleaning from the region's marine landscape. For both men, fishing and the water have been a way of life, and there's no better place to be.

"I grew up in Scarborough, just up the river from Washington. So I fished all three of the rivers here — the Pamlico, the Neuse and the Roanoke River," Andrews said. "There's hundreds of fishing decks out there, but in this area, this fishery is not as well known, and so there's not a lot of fishing guys coming out. I'm one of the few people that's taken advantage of an outdoor-oriented career here in eastern North Carolina. At the end of the day, being right in this 264 corridor here in the Washington-Bath area, you're right in the middle of a lot of really good fishing."

Added Blake, "In Washington, there are several boat ramps to access the river at different points. The downtown Washington area is a great place to dock if you're looking for an overnight situation, and want to eat and explore after you fish. There really aren't any other systems that allow you to do that. The Roanoke doesn't have that kind of infrastructure. The Neuse river has Newburn and Oriental, but not really anything between.

"So you could go saltwater fishing and turn around, go freshwater fishing, grab lunch and switch gears. The Washington-Pamlico area is pretty unique in that aspect."