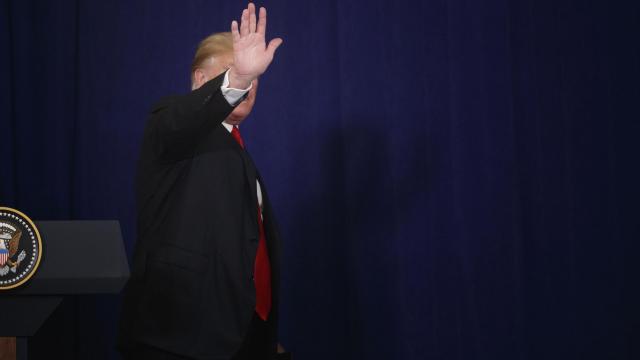 WASHINGTON — President Donald Trump assailed the latest woman to accuse Judge Brett M. Kavanaugh of sexual misconduct, saying on Tuesday that she “has nothing” because she was “messed up” at the time, even as a key Republican senator urged colleagues to take the accusations seriously.

With pressure rising in advance of a make-or-break hearing on Thursday, Trump lashed out in a more vociferous way than he has since his nominee came under fire for allegations of sexual assault, blaming Democrats for orchestrating a “con game” and targeting one of Kavanaugh’s accusers in scathing, personal terms.

“The second accuser has nothing,” Trump said. “She thinks maybe it could have been him, maybe not. She admits that she was drunk. She admits time lapses. There were time lapses. This is a person, and this is a series of statements, that’s going to take one of the most talented and one of the greatest intellects from a judicial standpoint in our country, going to keep him off the United States Supreme Court?”

The president was referring to Deborah Ramirez, who said in an interview with The New Yorker published this week that Kavanaugh exposed himself to her during a drinking party while they were students at Yale. She was initially reluctant to characterize the judge’s role, but said that after six days of assessing memories, she was confident that he was the one who took down his pants.

As Trump and Republican leaders insisted that they will install Kavanaugh on the Supreme Court despite the accusations, Sen. Lisa Murkowski of Alaska, a crucial Republican swing vote, offered a blunt warning of her own: Do not prejudge sexual assault allegations against the nominee.

With a 51-49 majority, Senate Republicans can afford to lose only one vote. If Murkowski votes no, she could swing Sen. Susan Collins of Maine, the other abortion-rights Republican in the Senate. But Republican leaders were confident enough on Tuesday that they scheduled a committee vote for Friday, just a day after the hearing, a move that drew rebukes from Democrats who said the majority was not taking the allegations seriously.

Senate Judiciary Committee staff members interviewed Kavanaugh by telephone on Tuesday about Ramirez and he denied her account, according to people familiar with the interview. The committee plans a hearing for Thursday to hear another woman, Christine Blasey Ford, who has said that Kavanaugh sexually assaulted her in high school, but it was not clear whether Ramirez would be called as well.

The committee’s Republican leadership said on Tuesday that it had retained an outside counsel — Sen. Mitch McConnell, R-Ky., the Senate majority leader, called her a “female assistant” — to aid in Thursday’s hearing, but declined to identify the lawyer, citing safety concerns. Blasey, who also goes by her married name, Ford, had sought to have senators question her rather than a lawyer.

But mindful of the backlash after sharp questioning of Anita Hill during confirmation hearings for Justice Clarence Thomas in 1991, the all-male group of Republicans on the committee preferred to pass off the task to a professional and a woman.

Trump’s aggressive comments on Tuesday came after privately expressing concern that Kavanaugh had been too weak during an interview on Monday night on Fox News. The judge denied the allegations against him in a calm way, growing a little emotional at the end, but the president and some of his advisers worried that he was not forceful or indignant enough. Kavanaugh repeated some of the same scripted lines repeatedly, to the point that some of his allies believed it came across as robotic.

The president hinted at his private disappointment in his public comments to reporters on Tuesday. “He was so truthful,” he said of the judge. “You’re also not seeing him on his footing. This isn’t his footing. He’s never been here before. He’s never had any charges like this, I mean charges come up from 36 years ago that are totally unsubstantiated.”

But Murkowski’s expressions of concern undercut Republican efforts to paint the accusations as a grand Democratic plot. She was always expected to be a critical vote in Kavanaugh’s confirmation process. But she is making clear that, beyond matters of abortion, she is troubled by Blasey’s story.

In the interview, Murkowski emphasized how invested she was in assessing Blasey’s story. Her view that an “arbitrary timeline” should not scuttle a potential hearing helped nudge Republicans toward reaching an agreement with the accuser’s lawyers last weekend. She canceled a meeting of the Senate committee she leads on Thursday to ensure her schedule was clear. And although she is not on the Senate Judiciary Committee, she will be watching.

“All you can try to do is be as fair as possible to ensure that at the end of the day justice is delivered,” Murkowski said.

As senators prepare to face contradictory testimony from Kavanaugh and Blasey, with little hope of independent corroboration, Murkowski is emerging as an important voice, along with Collins, Sen. Jeff Flake, R-Ariz., and, possibly, Sen. Dean Heller of Nevada, the only Republican up for re-election in November in a state won by Hillary Clinton.

As new accusations surface, their ultimate decisions are looking ever more difficult. Late Monday night, a freshman roommate of Kavanaugh’s at Yale, James Roche, released a statement in support of Ramirez.

“Although Brett was normally reserved, he was a notably heavy drinker, even by the standards of the time,” Roche wrote, adding, “he became aggressive and belligerent when he was very drunk.”

Another Yale schoolmate, Steve Kantrowitz, took to Twitter on Tuesday to contradict the assertion Kavanaugh made on Fox News on Monday night that he was a virgin in high school and “for many years thereafter.”

“Perhaps Brett Kavanaugh was a virgin for many years after high school,” Kantrowitz wrote. “But he claimed otherwise in a conversation with me during our freshman year in Lawrence Hall at Yale, in the living room of my suite.” In lashing out on Tuesday, Trump dispensed with the restraint that advisers have urged him to exercise and adopted the attack mode he prefers. He portrayed the allegations against Kavanaugh as character assassination, and he went further than before in directly challenging the credibility of Ramirez.

“She said she was totally inebriated and she was all messed up and she doesn’t know it was him but it might have been him,” Trump said while in New York for the annual session of the United Nations General Assembly. Then, speaking sarcastically, he added, “Oh, gee, let’s not make him a Supreme Court judge because of that.”

As the president of Colombia looked on, Trump accused the Democrats of smearing Kavanaugh. “I think it’s horrible what the Democrats have done. It’s a con game they’re playing; they’re really con artists,” he said. “They’re playing a con game,” he continued, “and they play it very well. They play it actually much better than the Republicans.”

He went on to call it a con game several more times, even at one point spelling it out, “C-O-N.”

Democrats argued that Trump and other Republicans were casting a verdict without actually hearing from any accusers. “Senate Republicans promised that ‘anyone who comes forward as Dr. Ford has deserves to be heard,'” Senate Democrats said in a statement. “Unfortunately, it appears that Republican leaders have prejudged the outcome of Thursday’s hearing.”

For many Republicans, the charges and countercharges have only cemented their view that Kavanaugh is being smeared by a coordinated campaign of Democrats and liberal activists.

Sen. Bob Corker, R-Tenn., said he was not persuaded by Ramirez’s story. “I read The New Yorker article. It’s pretty thin. No one else remembered any of it,” he told reporters. “This is really getting kind of carried away, it’s feeling more like a circus. But again, I did feel like this first accuser should be heard.”

Projecting optimism, McConnell signaled that Republicans would be ready to move forward quickly after Thursday’s hearing.

In the interview, Murkowski was not so dismissive of the accusations. “We are at just a difficult place because the conversation is not rational on either side,” she said. She added: “Just look at some of the hateful things that are being said out there. How do you dial that back?”

“We need to be able to listen,” she said, pledging to take Blasey seriously. “We have to listen to what she will say on the record, under oath, and what Judge Kavanaugh will say on the record, under oath.” When Blasey, a research psychologist in Northern California, came forward in an interview this month with The Washington Post, Murkowski and Collins had largely completed exhaustive reviews of Kavanaugh’s career and legal writing, including follow-up calls with the nominee just two days before. Both senators were particularly interested in Kavanaugh’s views on Roe v. Wade, the 1973 landmark decision that established a constitutional right to abortion, but privately, fellow Republicans believed the judge had probably won their support — and with it a ticket onto the court.

Those views will still influence their decisions, both senators have said. Murkowski said on Monday that Kavanaugh had laid out for her a powerful case about the importance of precedent and the “reliance of interest” it creates.

“How he articulated how it had been reinforced in so many different steps, I certainly have greater confidence with the way that he portrayed to me how he views Roe,” she said. Collins, an institutional-minded centrist who carefully reviews judicial nominees, indicated that she will watch on Thursday with equal vigor.

“I had not made a decision, and obviously the hearing Thursday is an important one,” Collins told reporters on Tuesday. She expressed concern about Ramirez’s accusation and suggested that the Judiciary Committee question her under oath as well as Blasey. Given the explosive nature of the allegations, Grassley’s decision to hire an outside lawyer to question Blasey was cast by Republicans as a way to preserve some sense of decorum.

“We have done it because we want to depoliticize the whole process, like the Democrats politicized the Anita Hill thing,” Grassley said.