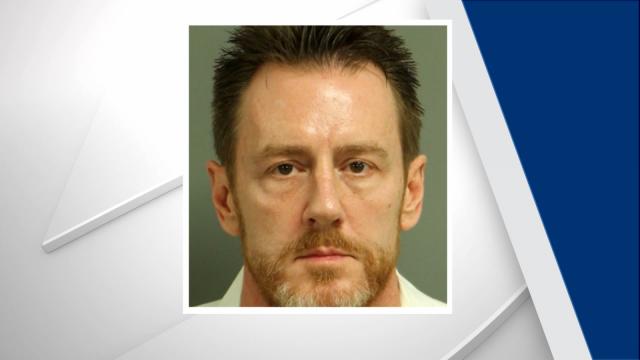 When a coach at one of Fayetteville’s top private school basketball programs—a school that also is the state’s top recipient of private school vouchers—pleaded guilty to embezzling hundreds of thousands of tax withholding dollars he collected over eight years from the school’s employees, he received what some might consider an odd sentence.

Among the punishments handed down by the court for Heath Vandevender’s embezzlement activity at Trinity Christian School was 90 days in jail. He’s completing that sentence this fall by spending his weekends at the Cumberland County Detention Center.

But the sentence allowed Vandevender to keep his job, despite having embezzled significant sums of money while employed by Trinity Christian—a school that has received more than $1.7 million in taxpayer-funded vouchers since 2014.

Between his weekend stints in jail, county and school officials say Vandevender continues during the week to coach basketball and teach journalism to high school students at Trinity Christian.

That is not what would typically happen at a public school.

“As a practical matter, we think it highly unlikely we would continue to employ this person given these facts unless there was something extraordinary going on,” said Ruben Reyes, the Associate Superintendent of Human Resources for Cumberland County Schools.

There are a couple of things that are extraordinary about Trinity Christian.

It’s the state’s number one recipient of private school vouchers—and it’s home to one of North Carolina’s the most competitive private school basketball programs.

Embezzlement at a top publicly-funded, private basketball school
Since the mid 1990s, Heath Vandevender was not only a teacher and well-known coach at Trinity Christian, but was responsible for collecting employee tax withholdings and sending them on to the state’s Department of Revenue.

But beginning in 2008, Vandevender stopped transmitting those funds to the state—because, his attorneys told the court, he was just doing his part to keep the school up and running.

Between 2008 and 2015, Vandevender failed to remit to the state of North Carolina $388,422. The state found that those funds were reabsorbed into the general operating funds of the school—and not collected for Vandevender’s personal gain, his attorney said.

It remains unclear how those unremitted tax dollars were spent by Vandevender or other school officials during those eight years.

At his sentencing hearing, Vandevender’s attorney described a struggling school that was serving a low-income population. But he failed to mention this about Trinity Christian: The school is known to many for producing highly competitive basketball players, many of whom Vandevender coached.

Dennis Smith Jr., is a Trinity Christian graduate who played one season at N.C. State before being drafted 9th overall in last year’s NBA Draft by the Dallas Mavericks. Earlier this week another of Vandevender’s players, the state’s top high school prospect Joey Baker, committed to play for Duke. Baker is ranked 13 in the nation by ESPN in a Class of 2019 database for recruiters.

Trinity Christian may not have fancy facilities or funds to pay for necessary repairs, but it does have one advantage over public schools, said Vandevender when speaking with a reporter with the Fayetteville Observer for a story that was published last weekend. “I think the landscape and climate of not only private school basketball but Fayetteville basketball has changed,” said Vandevender. “I think with AAU (Amateur Athletic Union) over the last 10 to 15 years, and kids getting trainers and basically just playing year-round, you see private school has benefited from that.”

The Fayetteville Observer explains that the better a school’s players, the higher a school’s profile and the more their players can travel to elite events that allow the school to display their talent. Private schools, unlike public schools, have the flexibility to accommodate these intense travel schedules.

Trinity Christian is a school that operates on a shoestring, as portrayed by the attorney who defended Vandevender’s failure to send the state the taxes that were due.

Yet Trinity Christian still manages to find the means to produce elite basketball players. And its coach, convicted of embezzling hundreds of thousands of tax dollars from employee paychecks, is at the center of the school’s rise to basketball powerhouse status.

The state’s number one recipient of school vouchers
While Trinity Christian has risen to the top of the pack for producing elite basketball players, it’s also the state’s top recipient of private school vouchers (known as Opportunity Scholarships) -- taking in more than $1.7 million in public funds since 2014 to subsidize tuition for low-income students, according to public records.

The fact that the publicly-funded school’s coach and high school journalism teacher is now a convicted felon hasn’t stopped him from continuing to work at the school in between stints in jail—or stopped the school from receiving public funds.

That’s because there is nothing in the school voucher law or associated regulations that would prevent a school receiving funds from the Opportunity Scholarship Program from employing someone who has been convicted of a felony. Only the head of the school is required to undergo and submit to the state a criminal background check, explained Kathryn Marker, a representative with the North Carolina State Education Assistance Authority (NCSEAA), the agency tasked with overseeing the state’s school voucher program.

“Whether the nonpublic schools have policies and practices regarding conducting background checks on its other personnel is up to each individual school,” said Marker.

Beginning in 2014, low-income families have been able to apply for and receive up to $4,200 worth of publicly-funded vouchers each year to help pay tuition at private, mostly religious schools. Proponents of the program say it offers struggling families access to better education alternatives than what may be offered by public schools. Critics contend there is almost no accountability associated with the program, among other deficiencies.

Trinity Christian has run into difficulties complying with the state’s scant standards for the voucher program. Initially, the school failed to submit an appropriate financial review to the state that is required if a school receives more than $300,000 in state voucher funds. That review also included a note that said the school was opposed to the payment of social security taxes on religious grounds, despite their willingness to accept public tax dollars to support their educational program.

Trinity Christian also has a long history of tax delinquency, having failed to make timely payments of federal and state payroll taxes dating back to the early 1990s.

As the state’s school voucher program continues to rapidly expand -- it is slated to grow from an initial $10 million to $145 million annually by 2026 and spending roughly $1 billion in taxpayer dollars over ten years—it is notable that five out of the top ten private school voucher recipients are big players in statewide private school basketball programs.

Word of God Christian Academy in Raleigh, which produced the Washington Wizards’ current point guard John Wall and has collected nearly $1.3 million in school voucher funds since 2014. Mount Zion Christian Academy is another top voucher recipient. The Durham private school boasts a pipeline for multiple NBA players over the years and is still considered a basketball powerhouse. That school has taken in nearly $800,000 in vouchers since 2014.