Raleigh, N.C. — The North Carolina Republican Party's biggest donation to a political candidate over the last three months didn't go to any of the General Assembly members fighting to keep their GOP majority in the House and the Senate.

It went to state Insurance Commissioner Mike Causey, who isn't up for re-election until 2020. The party put $240,000 into Causey's campaign in an effort, party Executive Director Dallas Woodhouse said Tuesday, to build up the commissioner's political infrastructure.

A local Democrat filed a complaint this week with the State Board of Elections and Ethics Enforcement, suggesting a more nefarious reason: That it was an illegal pass-through from Durham investor Greg Lindberg, the state's most prodigious political donor and a subject of an FBI investigation that has reached out to Causey's Department of Insurance as well as the state Democratic and Republican parties.

State campaign finance law caps a person's donations to candidate campaigns like Causey's at $5,200 per election. But the state political parties can take unlimited donations, and they can put unlimited money into candidate committees.

"Routing the $250,000 contribution through the Republican Party was – in intent and effect – an end-run around the contribution cap," David Bland, the former vice chairman of the Wake County Democratic Party, said in a complaint filed Monday with the state.

Causey and Woodhouse both denied any wrongdoing. Woodhouse said Lindberg told state GOP Chairman Robin Hayes that he favored Causey, but the decision to donate was the party's. 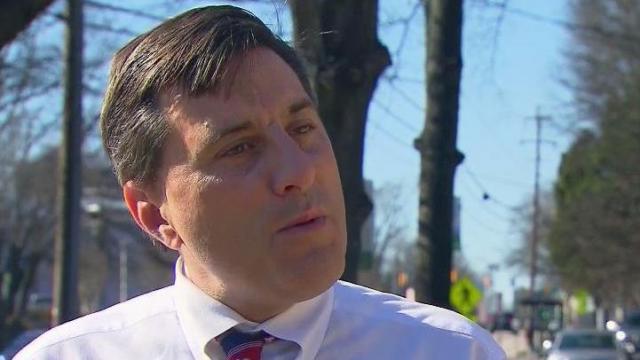 "An earmarking (to a candidate) has to come upfront," Woodhouse said. "(Saying), 'For me to give you the money, you need to do this.' And that was never the case."

Causey said his campaign complied with all campaign finance laws. He also said he's been cooperating with the federal investigation, which became public knowledge after a subpoena naming Lindberg was served on Causey's department.

"Beyond that, I can’t make any other comments other than the federal investigation had nothing to do with me," Causey said Tuesday.

That investigation sought reams of documents from the department about Lindberg and his insurance companies. It's unclear how interested investigators are in his political donations, but spokespeople for the state Democratic and Republican parties have said investigators reached out.

Lindberg, through spokespeople and attorneys, has repeatedly declined to comment. Attempts to reach him Tuesday were not successful.

Woodhouse said he doesn't have any indication that the feds are interested in this particular donation. Causey said he couldn't speak to that.

"Only that I’m sure they’re quite aware of it," he said. 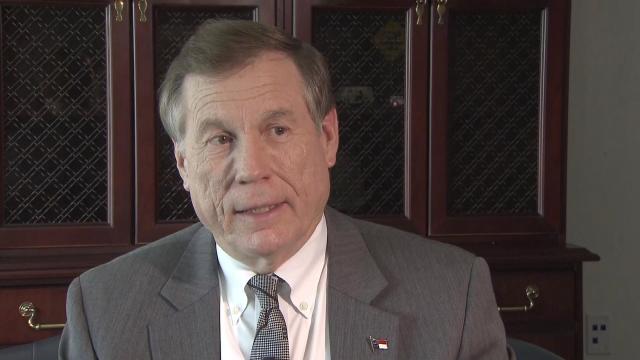 Causey had previously returned campaign donations from Lindberg and his wife, saying he did so out of an abundance of caution. He said he couldn't comment Tuesday when asked if he'd return the party's donation. He said there's "no doubt" people can say it doesn't look good. This is the largest political donation Causey has ever received.

Altogether, Lindberg has given more than $5 million to North Carolina political campaigns. He's given smaller amounts in other states, often favoring insurance commissioners or candidates for the job. He largely favors Republicans, and he's the North Carolina Republican Party's largest single donor by far.

But he's donated to the Democratic Party as well, and he supported then-Insurance Commissioner Wayne Goodwin's unsuccessful re-election campaign against Causey in 2016. Goodwin now chairs the North Carolina Democratic Party.

Bland's complaint alleges violations of multiple state campaign finance rules. It will be hard to prove, according to attorneys who specialize in campaign finance law. The party's money comes from hundreds of donors, and it mingles in a few pots for redistribution. The state GOP took in $4.7 million over just the last three-and-a-half months – the reporting period that includes the Causey donation.

"There needs to be some evidence that there was an arrangement, an agreement that you were attempting to circumvent campaign finance law," said Michael Weisel, a Raleigh elections law attorney who works with Democrats.

One thing could be an issue for the party, Weisel said: Woodhouse told WBTV earlier this month that the donation wasn't a pass-through, in part, because Lindberg suggested how it be spent after he'd given the money.

It doesn't matter whether the conversation comes before or after a check changes hands, Weisel said.

Marshall Hurley, a former general counsel for the state GOP, said it's the party's responsibility to decide how to spend donated money and to tell donors they don't get to make those calls.

"When I was involved in it, the biggest issue that we dealt with was making it clear to the donor that we could not, and would not, honor their preference," Hurley said "Obviously, if the person feels that none of their contribution is going in a way that they want, they're not going to give at all."

Woodhouse said Tuesday that Lindberg "never asked us for anything" but said he was interested in Republicans holding majorities in the House and the Senate, in Republican Supreme Court Justice Barbara Jackson's re-election bid and in helping Causey "to get off on the right foot."

"If your donor's interests and yours don't broadly match up, you shouldn't be dealing with them any way," Woodhouse said.