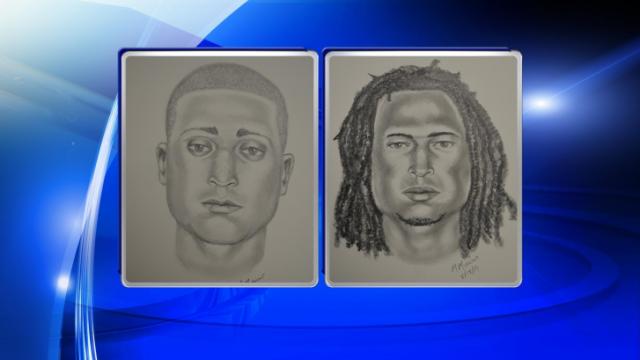 Quentin McKoy was shot and killed at about 8:30 p.m. during a robbery, according to investigators.

Authorities are searching for two black men in the case. One is light-skinned, about 5 feet 10 inches tall. He is thin, has short hair and is dark around the eyes, police said.

The other man is 5 feet 8 inches tall with a medium build. He has shoulder-length dread-locked hair and a goatee.

The men should be considered armed and dangerous. Anyone with information about their identities or whereabouts should call the Lillington Police Department at 910-893-3015 or 910-893-9111.

A reward is being offered in the case.