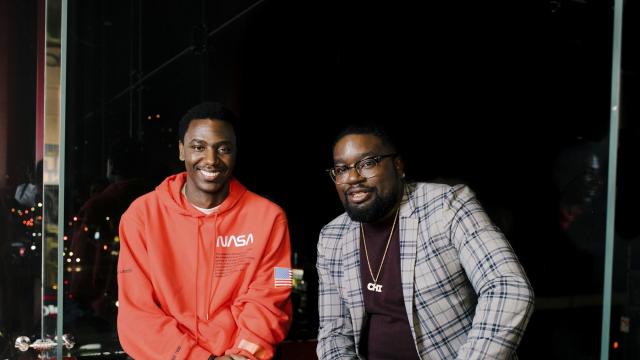 Last year NBC canceled “The Carmichael Show,” an inspired throwback to the era of politically charged Norman Lear sitcoms like “All in the Family” and “Good Times,” after three seasons. The show, starring standup comedian Jerrod Carmichael, who is also one of the creators, was never a ratings bonanza, but it was praised for its sharp, multifaceted takes on a wide range of hot-button issues, including sexual consent, abortion and euthanasia.

Now, much of the creative team has reunited on “Rel,” a new sitcom making its premiere Sunday on Fox that stars comedian Lil Rel Howery (“Get Out,” “Uncle Drew”). Carmichael is an executive producer.

“I basically took everybody from ‘The Carmichael Show’ staff,” Howery said. “It’s almost like we just did a spinoff.”

Like “The Carmichael Show,” “Rel” takes inspiration from its eponymous creator’s life and standup material. It is set on Chicago’s West Side, where the comic, born Milton Howery, grew up, and will examine the challenges of long-distance parenting. (In the pilot, Rel is reeling from the discovery that his wife had an affair with his barber and has left town with their children.) “Rel” isn’t quite as heavy on the topical debates, however.

“While I may talk about social issues and politics in my stand-up, Rel talks about his life and he tells a lot of stories,” Carmichael said.

In a phone interview, Howery and Carmichael discussed audience resistance to multicam sitcoms, debates around Louis C.K.'s return to performing and casting Sinbad to play Rel’s father. These are edited excerpts from the conversation.

Q: Did you have a specific audience in mind for “Rel”?

JERROD CARMICHAEL: During the pilot I walked around screaming out loud, “This is the blackest thing I’ve ever been a part of!” So, I guess: black people. It’s such a black experience and I know that’s said a lot now in culture, but I do think that is a huge part of his show and just who Rel is.

I think that’s the audience we will attract, but it’s so early; you don’t know. One thing I love about him is that he was really able to articulate these specific experiences and people to a broad audience.

LIL REL HOWERY: It’s one of those things where, even when we did the pilot with Jerrod and Josh [Rabinowitz, an executive producer], we did it because we thought it was funny. If you try to write with a specific audience in mind, I don’t think you deliver truth.

Q: Whenever I told people how good “The Carmichael Show” was, so many of them were like, “But doesn’t that have a laugh track?”

CARMICHAEL: That’s the one thing I resent. If nothing else, the show was about authenticity.

Two things. One: Everybody turns into a producer and just thinks it has a laugh track. They don’t know what they are talking about. Two: We work hard for all of those laughs. If anything, I actually turned laughs down in the mix and I was always trying to control it so as not to disrupt the experience. It was filmed in front of an audience.

HOWERY: Somebody asked that about “Rel,” too. “Is there a laugh track?” I’m like, “No.” We had to turn laughs down a lot. When I was growing up I couldn’t wait to hear the voice on TV say, “This is being filmed in front of a live studio audience.” With “The Carmichael Show,” we did it every week. You heard our voices say it, but the people were so used to not hearing it, they weren’t even paying attention to it.

CARMICHAEL: We said it for Aisha’s friends.

Q: Admittedly I had the same reservations, initially. It seemed regressive. But I wonder if certain types of black audiences are more open to that format than others.

CARMICHAEL: Black audiences kind of have that format a lot, right? If you turn on any black centered network, there are always these reruns. “Martin” comes on every single day. My niece and nephew just discovered “Fresh Prince” through syndication — they watch it constantly.

Critics couldn’t see past the format for my show, initially. For “Carmichael Show,” ideally I would have held the pilot and sent them Episode 2 [in which the characters debate the merits of Black Lives Matter], but it’s just the structure of how press works. By Episode 2 I think we really showed that it was, I think, one of the most current shows in any format. There are so many bad examples of multicam sitcoms and I get why people’s image of it is a bit distorted or negative. Hopefully people realize you can make a thing good in any format.

Q: On “The Carmichael Show” you took on Bill Cosby and many other highly topical subjects. Do you anticipate doing something similar on “Rel”?

HOWERY: Yes and no. It’s going to be personal more than anything. I can’t do a show in Chicago and not talk about things that happen in Chicago, you know what I mean? There is no way I can get past that. What I love that we are doing with this, especially with Season 1, is how Rel deals with these real situations. We tend to not think about being a divorced dad in a broken home. That’s a real topic, broken homes.

Q: As comedians, what do you think of the recent news around the comebacks of Aziz Ansari and Louis C.K.?

HOWERY: It’s the unique thing about comedy and how honest it is. As long as you’re honest with your audience, your audience tends to come back to you. Look, our president is President Trump, right? Even though there is a group of us like, “This is an ignorant [expletive] dude,” at the same time there are people like, “Well, I think he can be president.”

At the end of the day it’s really about your audience — if they forgive Louis and Aziz, then there’s nothing we can really do about that. My question always is, what should we be doing about it? Because if I don’t ever want to watch him again or you don’t ever want to watch him again, it’s just your choice. If Bill Cosby did a set one day where he just said, “Look man, I’m tired of this,” and just went on a rant — said whatever the hell he wanted to say, I think people would have been like, “All right, let’s see what he says, though.” That’s what made Richard Pryor brilliant. Richard didn’t mind talking about all the crazy things he did. Can you imagine Richard Pryor in 2018?

CARMICHAEL: I love Rel so much because he’s such an out of the frying pan, into the fire type of guy. With that answer he was like, “I see your Louis C.K., and I’ll raise you Bill Cosby."

Q: Louis and Aziz are different, though —

CARMICHAEL: It is different. Truly, it’s a personal preference for you to support or listen to what they have to say or not, right? The court of public opinion doesn’t have a jail to put anybody in, so I don’t know exactly what we’re directing this outrage at. If you feel like they came back too soon, I don’t know what amount of time is right. If you don’t support them, then just don’t support them. That’s kind of all you can do. I can’t see much past that.

Q: With Louis it seems like the question is, what has he done to atone for it? He admitted that he did what he was accused of, but when you think of the women —

CARMICHAEL: That’s when it gets hard.

CARMICHAEL: When someone does wrong and it operates outside of the parameters of the justice system, then it’s on us, the public, to figure out first among ourselves how to deal with it. I’m saying I don’t have the answer. If people were hurt, then you always want to have empathy for that and understand that people are going through pain, and there are victims attached to it. At the same time, these people have audiences that still want to hear what they have to say, and there’s not much you can do about it. There really isn’t.

Q: Would you work with Louis in the future?

HOWERY: If we did a show on me going to see Louis C.K., and they only have backstage passes.

CARMICHAEL: That would definitely be an episode on “The Carmichael Show” right now. I would work out all my contradictory reactions to it through every character, just like, “I don’t know man! I don’t know!” [Laughs.] Because that’s really the answer. I think he’s funny, and I also think what he admitted to doing is wrong. What do we do with that? I don’t know. That’s the answer I have.

HOWERY: That’s just the truth. That’s what’s so funny when people are like, “Hey man, you’re a comic, too, and you’ve got a show — " I don’t know! [Laughs.] Did you all forgive him yet? Are you going to be mad at me if I don’t forgive him? I don’t know. I have no idea.

CARMICHAEL: See the emotional turmoil these things put us through? We have no answers. I think people are finding their own boundaries and limits and what they will accept. People are just airing out their frustrations and I think that’s really healthy, you know?

Q: One last question: How did Sinbad come into the picture?

CARMICHAEL: Sinbad is one of those people you forget how important he is to a lot of us, until he comes up and you’re like, “Oh my God. That’s right.” He meant so much to us as comedians. I grew up watching him be a standup.

HOWERY: I think he’s one of the most uncelebrated greats. Sinbad came up at a meeting with Josh and Kevin Barnett [an executive producer]. They did some Google search of legendary black comedians or something like that and Sinbad was the first name. We were like, “Oh, damn. Sinbad.”

CARMICHAEL: That’s how Hollywood works: Google search. Think the casting process is hard? Oh no, we just check Google and are like, “Oh yeah — why don’t we call Sinbad?”