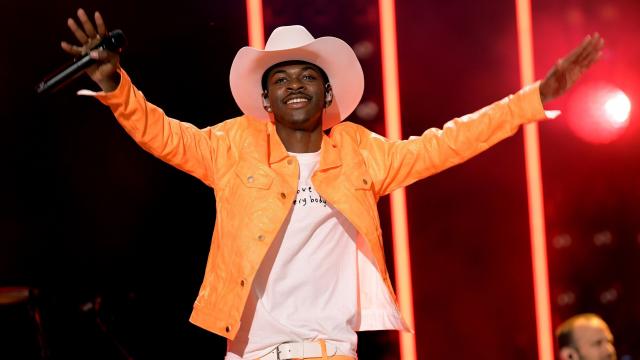 The rapper has released a new version of his global No. 1 hit.

The original remix featuring country star Cyrus is now the longest running Hot 100 hip-hop single of all time and the first song in history to sell 10 million copies while remaining No.1 on Billboard, according to X's label.

The music video has been viewed more that 200 million times since its release in May.

"Old Town Road" initially went viral as a clip less than 2 minutes long on the TikTok app, where users create and share videos set to music.

The song stirred controversy after it was a hit on the country charts and then removed by Billboard as being too hip-hop and not country enough.

The EP features 6 new songs, including single "Panini," which went straight to No. 1 on Spotify's Top 200 US Chart upon release.

The following day the rapper closed out Pride month by sharing that he is gay.