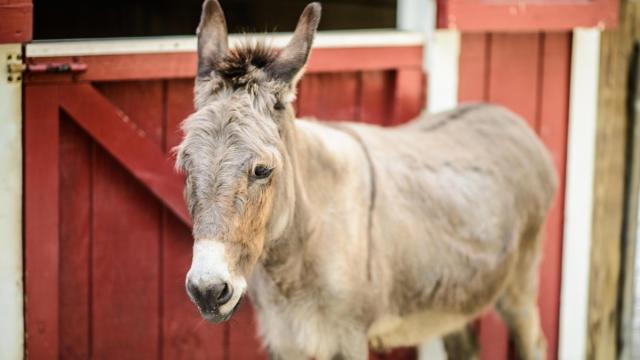 Durham, N.C. — Lightning, the beloved donkey at the Museum of Life and Science, just turned 22. The big guy arrived at the museum way back in April 1999 when he was about five months old and has stolen the hearts of museum visitors ever since.

Animal keepers have said in the past that he is smart and ornery and likes to play fetch, but only when he feels like it. Some even say he does zen raking in his enclosure by dragging his ball around to make paths, the museum has shared in the past.

He also suffers from a few chronic health issues, which requires some special care. He's a mixed breed donkey. His mother was standard size and his father was a miniature breed.

A Museum of Life and Science Facebook post alerting Lightning's fans to his birthday sparked plenty of love for Lightning.

It also included a reminder that the Durham museum has an Amazon wish list where you can pick up gifts for the museum's animals, including Lightning. For the donkey, in particular, the museum could use some snack holders and a (not-so-fun, but necessary) tube of Ulcergard.

You can see Lightning and the museum's other animals and exhibits yourself. The museum is open to the public with some limits and new COVID safety measures, including a timed-entry system.