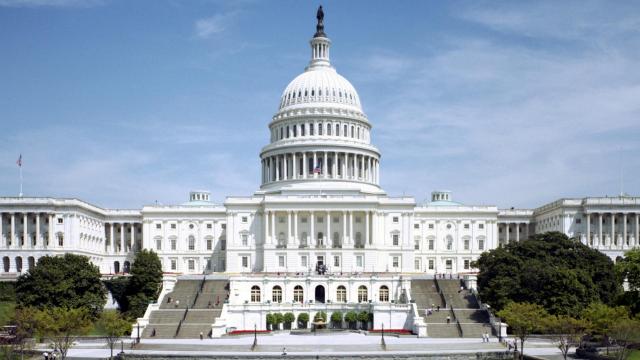 Washington — The National Mall is a lot longer in person than it appears on a map, but it's well worth the walk.

Pierre Charles L'Enfant, the French architect that laid out the design of Washington, D.C., certainly knew what he was doing when he set aside a swath of green space stretching westward from Capitol Hill to the Potomac River. And government bureaucrats have done well to border the mall with enough museums and monuments to keep a visitor busy for days.

Even better than the quantity of siteseeing that can be done along the mall is the variety. Practically every interest can be satisfied.

Into art? Check out the National Gallery of Art. Like planes and rockets? The National Air & Space Museum is the place for you. African art? Native American crafts? There are museums for both. A history buff? Just look around at the Library of Congress, the National Archives or the Museum of Natural History.

Just make sure you have a comfortable pair of walking shoes and get ready to explore.

All the biggie monuments are clustered at the west end of the 23-block mall, while the various museums of the Smithsonian Institute and Capitol Hill occupy the east end.

The Jefferson Memorial, because it is situated away from the other monuments, doesn't seem to be as crowded. Inscribed on the walls inside are four of his writings, including a portion of the Declaration of Independence. If you want to see the real thing, it's at the National Archives on the other side of mall.

On your way from Jefferson to the Lincoln Memorial, a simple monument to Franklin Delano Roosevelt is worth a visit. Pools and fountains accompany numerous quotes from FDR and Eleanor Roosevelt that remind one of the dignity and worth of all people.

The Lincoln Memorial has almost iconic status, serving as the backdrop for Martin Luther King's 1963 "I Have a Dream" speech and other national rallies -- not to mention the penny. Inside -- after walking up all those stairs -- it doesn't disappoint. The text of the Gettysburg Address adorns one wall, and Lincoln's inaugural address the other. Together with the stern gaze of Lincoln's statue, his words permeate the memorial with a solemn tone.

Even more solemn are the memorials to veterans of the conflicts in Korea and Vietnam that flank the Lincoln Memorial.

The black granite wall bearing the names of more than 57,000 U.S. casualties from Vietnam is almost a shrine to visitors of all ages. People leave photos, flowers and flags in tribute to the men and women whose names are engraved there, and many do pencil rubbings of a name or two to remember their loved ones.

Across the mall, the Korean War Memorial is equally as stirring. Statues of poncho-clad soldiers walk in formation up a hill next to a black granite wall etched with the faces of military personnel.

A short distance away sits the new World War II Memorial. The names of every battle in the Atlantic and Pacific theaters are carved into stone at either end of an oval fountain, and short pillars pay tribute to each of the 50 states.

Across 17th Street from the World War II Memorial, the Washington Monument sits at the center of the National Mall. Placing the obelisk on top of a small hill only adds to its dominating presence. Anyone wanting to head to the top of the monument should get there early for tickets.

The White House sits a short stroll north from the Washington Monument. Heavy security limits views from the south side -- but it's only the back yard -- and visitors can get a much closer look at the front of the White House on Pennsylvania Avenue. The street is closed to traffic between 15th and 17th streets, so tourists, protesters and even street hockey players share space in front of "The People's House."

Back on the mall, the Smithsonian's museums offer plenty of action for visitors looking to get out of the elements or some relief from the crowds at the monuments. While the museums have crowds of their own, people usually are more dispersed among the exhibits.

The Museum of Natural History features an eclectic collection that ranges from dinosaur bones to the Hope Diamond. Children will love the fossils that fill much of the first floor, from early sea creatures to a T-Rex. Upstairs, a gem and mineral exhibit dazzles young and old alike with a mix of emeralds, rubies, quartz and topaz. A related area nearby features various rock formations and information on the quakes and volcanic eruptions that measure the earth's development.

The National Gallery of Art sits in two buildings to the east of the Museum of Natural History and includes works dating from the Renaissance to modern artists. The museum also features two sculpture gardens on the north and south sides of the mall that offer a quiet setting to reflect on a Rodin bust or an Alexander Calder mobile.

The National Air & Space Museum is a must-see for every youngster -- even those who are just young at heart. From the Wright brothers' original flyer to rockets that carry payloads into space, it's all here. Different sections focus on different aspects of aviation, from explaining a jet engine to showing how hard it is to land on an aircraft carrier. Paper airplane contests and other hands-on activities also help explain the facts behind flight.

Other segments of the Smithsonian include the U.S. Botanical Garden and museums dedicated to American history, African art and Native American artifacts. It's enough to bring people back to Washington again and again to make sure they don't miss anything.

For anyone who wants to give their feet a rest from walking on the mall, here are two excursions worth a short drive.

National Cathedral, off Wisconsin Avenue in northwest Washington, is a Gothic masterpiece that towers over surrounding neighborhoods. Inside, a maze of chapels leads to the main sanctuary and its brilliant collection of stained-glass windows.

Mount Vernon, off U.S. Highway 1 about 10 miles south of the city, offers an in-depth look at George Washington himself. Visitors can tour the main house, which Washington himself designed, as well as surrounding gardens and outbuildings like a distillery and a stable. Boat tours on the Potomac are offered during the summer. An education center provides many hands-on displays for people to learn about Washington and colonial times.