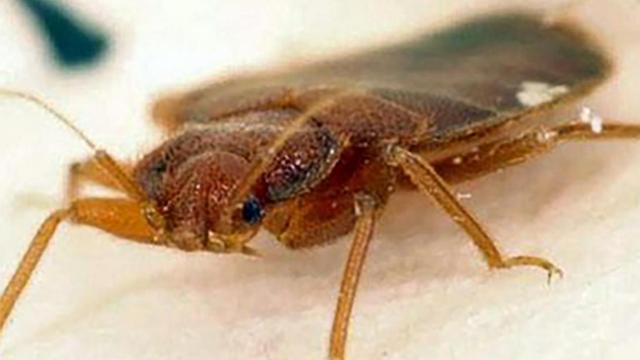 Bedbugs are attracted to where humans are, especially to where they stay for long periods at night, Schal said.

"They feed on a liquid. They feed on our blood," Schal said. "One of our projects here at N.C. State is to develop what we call an artificial human."

The artificial human must emit everything that attracts bedbugs, including body heat, he said. The bugs are also attracted by the carbon dioxide emitted by exhaling, different body chemicals and skin.

To create an artificial human, Schal stretched a skin-like membrane over a water bottle filled with body temperature water mixed with rabbit blood.

Schal is also studying what bedbugs love about human blood. Most of the research on bedbugs was done 50 years ago, before advances in molecular biology and genetics, he said.

"Once we get those (preferences) incorporated into a bait system, then we'll have a good prototype," he said.

Bait combined with a bedbug killing virus or bacteria could end the bed bug invasion, he said.

Bedbugs are not known to carry disease, but they can cause sleeplessness, anxiety, isolation, allergic reactions and secondary infections, Schal said.

Anyone to suspects they have bedbugs should have a professional inspection.

For people who do not have bedbugs, experts suggest being careful about luggage brought home form a hotel or someone else's home. People should also be extremely careful about furniture or beds purchased from yard sales, as they could contain the bugs.