Natural birth can be option for previous C-section moms 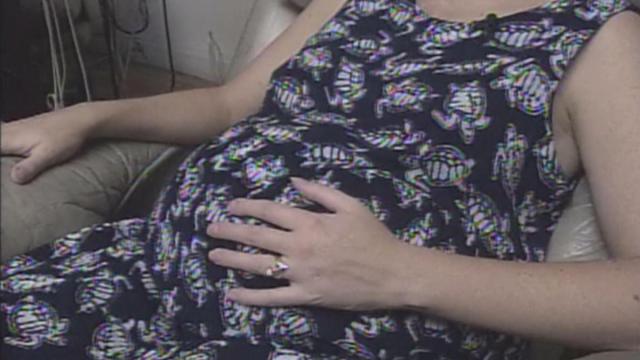 If a woman has had one Cesarean section delivery, doctors are more likely to recommend the same birthing method for their next baby. But more medical evidence is showing that a woman can give birth naturally to her next child if she wants.

According to the American College of Obstetricians and Gynecologists, 60 to 80 percent of appropriate candidates who had a previous C-section can have a natural delivery. The procedure is called a VBAC, or vaginal birth after Cesarean.

“With the right person and a woman that wants to, VBACs should be offered, and it's considered to be pretty safe,” said Dr. Jacques Mortiz, director of gynecology at Roosevelt Hospital.

Patient fears coupled with insurance company restrictions on doctors have kept the vaginal birth rate low, and medical experts said that is part of the reason the C-section delivery rate in the country has skyrocketed. It's gone from 5 percent in 1970 to more than 31 percent in 2007.

Some doctors have had legitimate concerns about vaginal births because there can be complications.

Women who have had big babies or are diabetic might require another C-section, Mortiz said. They also might need one if they go past their due dates because it can be too risky to induce labor.

Doctors said even women who have had two C-sections can be good candidates for natural delivery.