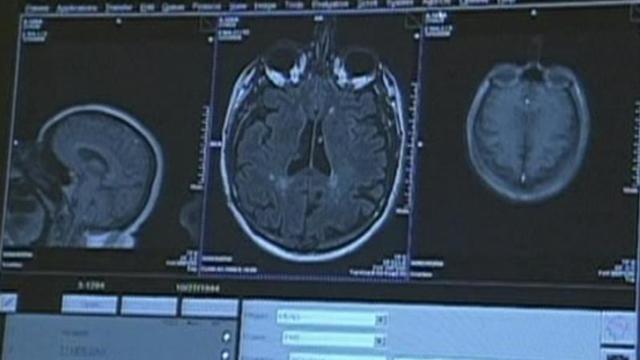 The Framingham Heart Study was created as a joint project of the National Heart, Lung and Blood Institute and Boston University to study cardiovascular disease. It was created in 1946 in Framingham, Mass.

It started with more than 5,000 people ages 30 to 62 from Framingham. Participants return every two years for detailed tests and examinations. The study has evolved to include second- and third-generation participants.

In 1975, participants were also followed to see who developed dementia.

“Leptin (a protein) was measured in Framingham Heart Study participants when they came in (between) 1990 to 1994 and we used these levels and looked at their risk of developing Alzheimer's over the next 15 years,” said Sudha Seshadri, of the Boston University School of Medicine.

Fat cells and muscles produce leptin, which helps control weight and appetite signals in the brain.

Researchers examined 198 brain MRIs taken between 1999 and 2005 from 785 dementia-free participants who also had their leptin tested.

Seshadri’s latest study is published in the Journal of the American Medical Association.

Researchers also looked at brain size as these participants aged.

Researchers said that leptin levels in older adults may serve as one sign that the brain is healthy.