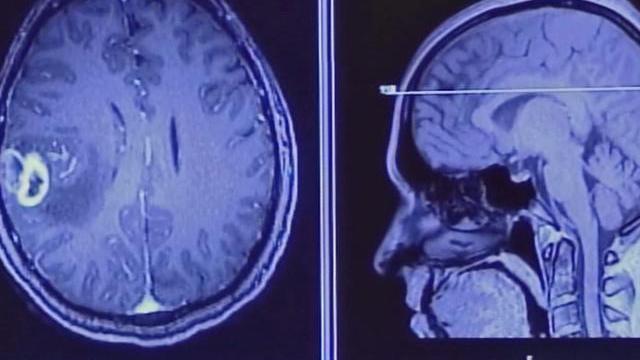 The different ways that patients respond to drugs make brain cancer hard to treat, but a new way to analyze brain tumors could help pinpoint which patients will benefit from a newly-approved drug.

Since taking the new drug Avastin, however, his tumors are gone.

"This is probably the best I have felt since this (cancer) first came on," McNabb said.

Although Avastin worked for McNabb, about half of patients with recurring cancer don't respond to it.

A new way to analyze brain scans, developed by researchers at the University of California-Los Angeles, could help determine which tumors might respond to Avastin.

Some glioblastoma tumors – the deadliest form of brain cancer – are more solid, while others contain more moving water, according to researchers' findings published in the July issue of Radiology.

Glioblastoma strikes about 12,000 Americans a year. When every day counts, knowing if tumors will respond to certain drugs is critical.

"I've gone several months beyond what they told me would be my outside length of time to survive," McNabb said.

Researchers hope that one day, they'll be able to tell exactly which tumors will respond to Avastin and other cancer-fighting drugs.