Bleach baths can give relief from eczema 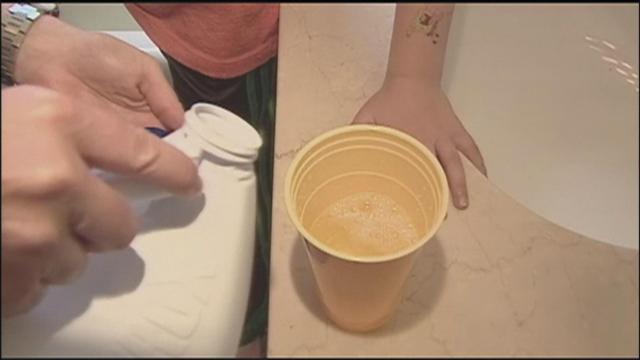 A weekly bath in bleach can give relief to the millions of American children – one in six – who suffer from the skin affliction called eczema.

Dylan Schneider was less than a year old when his mother Lizzie first noticed patches of eczema on his skin. At age seven, Dylan is still bothered by itchy, painful flare-ups.

"He hasn't had any major flare-ups recently," Lizzie Schneider said.

Dermatologists said that the bleach treatment doesn't cure the disease, but it kills the bacteria without the risk of creating bacterial resistance.

Eczema is caused by a mix-up in the immune system that causes it to attack healthy skin. The condition causes rashes so itchy that children sometimes scratch until they bleed. Those scratches allow bacteria on the skin to create an infection.

"The immune system is so hyper excitable that it attacks the skin unnecessarily, trying to drive off this colonization, this bacteria that's on the surface," said Dr. Robert Buka, a pediatric dermatologist.

Researchers at Northwestern University's Feinburg School of Medicine found that soaking for a couple of minutes in a bleach bath – even once a week – cuts down the frequency of the flare-ups.

"By adding a half cup of bleach to a full bath, we drop the bacteria count on the surface of the skin, and the immune system is a lot happier," Buka said.

Doctors warn bathers to protect their eyes, but because the bleach is diluted, they're not worried about long-term risk.

Dylan said that he doesn't like the extra bath time, but he's willing to take the plunge for relief from the painful scratching.