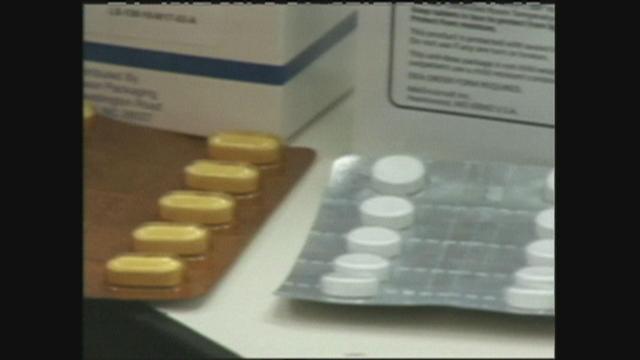 Raleigh, N.C. — Misuse of prescription medications is a growing cause of deaths by overdose.

The most common type of medication abused in this way is painkillers. "Some common brand names for these drugs include Vicodin, Percocet ... Methadone or Methadose, Dr. Aron Hall of the Centers for Disease Control and Prevention said.

The CDC studied the trend, with a focus on West Virginia.

"We picked West Virginia because it had some of the highest rates of prescription drug overdose in the country and it has seen a recent dramatic increase in those death rates," Dr. Leonard Paulozzi said.

In a study published in the Journal of the American Medical Association, researchers found:

"They had gone to multiple physicians, four or more in the past year, trying to get as many prescriptions for the drugs as they could," Paulozzi explained.

Researchers stress the need for clinicians and pharmacists to counsel patients about the risks of overdosing. Paulozzi said they can use state drug-monitoring programs where available to see whether their patients are getting controlled substances from other providers.

North Carolina does not keep data on overdose deaths from specific drug types. In 2007, more than 1,000 people in the sate died from drug poisoning, whether from prescription drugs or other biological substances.