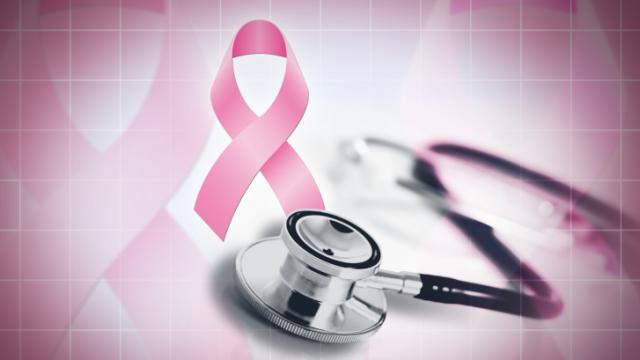 Raleigh, N.C. — A large number of women diagnosed with breast cancer are 40-years-old or older, but that doesn’t mean the disease can’t strike earlier.

Actress Christina Applegate, 36, recently announced she is being treated for early stage breast cancer. Her case is not considered to be life-threatening.

Applegate didn’t wait until she was 40 to begin breast cancer screenings because she had a family history of breast cancer. Her mother is a two-time breast cancer survivor and has also had cervical cancer.

Only 5 to 10 percent of breast cancer cases are inherited, which means a person have a specific gene abnormality that is passed down through the family. People who are considered at risk have one or more first degree relatives (i.e. mom or sister, each) with breast cancer, especially ones diagnosed before the age of 50.

Experts recommend women have mammograms every year starting at age 40. Women younger than 40 who are at a higher risk for breast cancer should talk with a health care provider about when to start mammograms and how often to have them, according to the National Cancer Institute.

Some factors that place women at an increased risk for this type of cancer are:

Breast cancer that develops in young women tends to be more aggressive and less responsive to treatment than cancers in older women, according to Duke researchers.

Mammograms are not the only method of breast cancer screening. Magnetic Resonance Imaging (MRI) scans and breast ultrasounds are also sometimes used in addition to mammograms, according to the American Cancer Society.

Trials of women with a high genetic risk of breast cancer have shown that MRI scans are more sensitive than mammograms for finding breast tumors, according to the National Cancer Institute.

Doctors sometimes doctor may recommend genetic testing, which comes only after risk and psychological testing. If a person is considered to be at risk for hereditary breast cancer, the National Comprehensive Cancer Network recommends more aggressive screening:

If more aggressive screening discovers the presence of breast cancer, patients may be candidates for a prophylactic mastectomy.