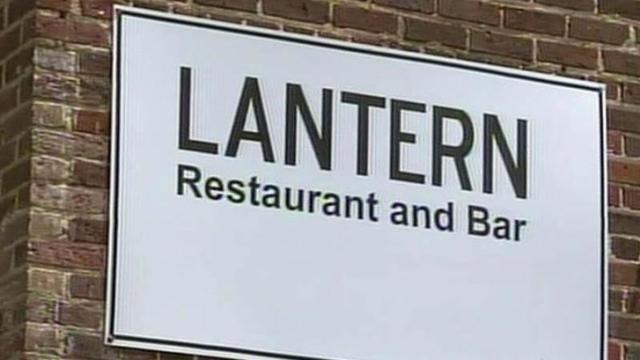 "She wants to do as much local and sustainable as possible, and I think that's what really sets her apart from other places," Lantern General Manager James Wall said Tuesday.

Reusing was out of town Tuesday and unavailable for comment.

Wall said the Beard award is great recognition for Lantern, "but I'm happy for just what it does for the area."

The only other North Carolina chefs to win a Beard award are the husband-and-wife team of Ben and Karen Barker, who own Magnolia Grill in Durham. Ben Barker was named the Southeast's top chef in 2000, and his wife was named the best pastry chef nationwide three years later.

"It certainly raises her national profile. I think she's pretty elevated on the local level (already)," Karen Barker said of Reusing. "She's going to sell a lot of cookbooks."

Ben Barker said winning Reusing's award could be overwhelming for Lantern, recalling the surge in business at Magnolia Grill after he won.

"We were crazy," he said. "As a matter of fact, I never want to be that busy again. It was too busy for the size of restaurant we are."

The Barkers said the award recognizes the high quality of cooking in the Triangle.

"We've really got a diverse group of people cooking here in a really intriguing and interesting way," Ben Barker said.

Wall agreed, saying all area restaurants benefit from the national attention such awards bring to the Triangle.

"It kind of makes this area more of a destination restaurant area," he said.

The restaurant started as a local diner and became a crucible for the style now known as Southern cuisine. Late chef Bill Neal is credited with putting shrimp and grits on the national radar, and the dish is still wildly popular with guests who come to sample Hoppin' John, Buttermilk Pie and other specialties.

"This is an area for good food that isn't a huge city," Crook's Corner General Manager Shannon Healy said. "We are not New York or Chicago or L.A. It's a smaller community here, but we take our food seriously."