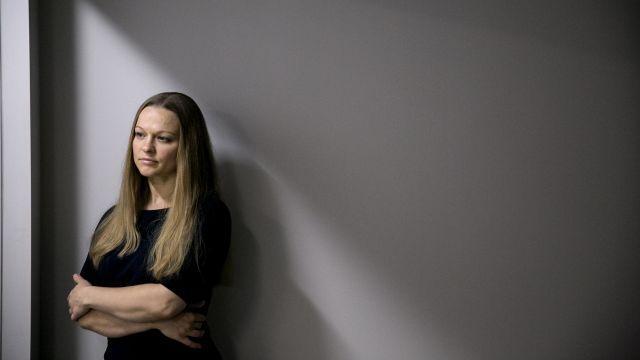 The woman who was charged with causing her fiancé’s death while the two kayaked on the Hudson River will receive some portion of his insurance money, under the terms of a settlement reached this week.

Last summer, after awaiting trial in a county jail for more than two years, the woman, Angelika Graswald, pleaded guilty to a reduced charge of criminally negligent homicide. She has since wrangled in court with the family of the victim, Vincent Viafore, over his life insurance policy. Under three different polices, she was to receive between $500,000 and $600,000, according to a lawyer for the Viafore family.

Graswald and Viafore, who had shared an apartment in Poughkeepsie, New York, had each been married twice before.

In a statement, her lawyers reiterated their belief that the death of Viafore, who was 46 at the time, was an accident, and that she was the victim of “unlawful police conduct that produced a patently false confession.”

But rather than endure a painful trial, Graswald and the Viafore family agreed on Monday that Graswald would “receive a confidential financial settlement.” Graswald, a native of Latvia who came to the United States years ago as an au pair, will not pursue an appeal and the victim’s family will not bring a wrongful death claim against her.

The case generated international publicity, with the central enigma of what transpired on the cold, choppy river on April 19, 2015, as well as odd and lurid details that emerged afterward.

Graswald, who was 35 at the time, posted photos of herself on social media in the days after Viafore capsized and drowned, doing cartwheels and smiling broadly. And she said in interviews that he had pressured her into having threesomes with other women.

By pleading guilty to criminally negligent homicide last July, Graswald acknowledged that she removed the plug from Viafore’s kayak and that she was cognizant of the weather conditions on the Hudson, but did not intend to kill him, according to her lawyers. “This was a case of negligence,” her lawyer, Richard Portale, said at the time.

Prosecutors had planned to show that Graswald had plotted to murder her fiancé; if found guilty, she could have faced life in prison. Instead, she was released months after her guilty plea.