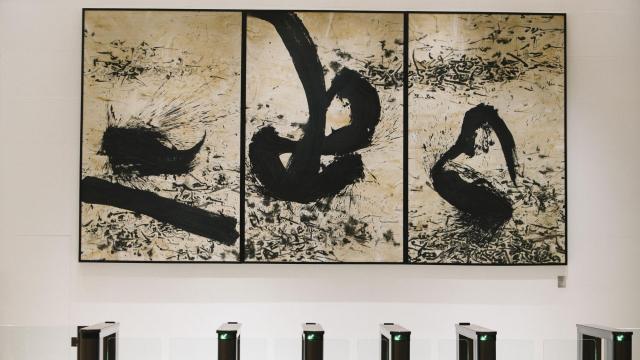 Shhh. Do you hear that? It’s the sound of wind whistling through the abandoned malls of America as the Cassandras of contemporary retail cry their doom through corridors lined by fronds of lonely greenery: the end of a way of shopping, and all that.

But train your ears toward another direction. In Asia, an entirely different story is being sung: one full of glimmer and potential; one that is not limited to luxury products but treats all customers as if they were buying luxury; one in which consumers are drawn like magnets to the physical reality of a — what to call it? Not a bazaar, really, or an arcade, or a plaza. An immersive aesthetic experience with shopping as a byproduct, perhaps.

In Shanghai, the Shanghai Village, an outlet shopping complex created by Value Retail (founder of Bicester Village in Oxford, England) in a Disney resort area, stretches for 473,612 square feet across the waterfront, its gleaming art deco promenades lined by 200 trees and featuring bathroom lounges covered in swirling mosaics in the styles of different artists and so eye-popping they are actually booked for local events on their own.

In Seoul, South Korea, the 30,140-square-foot library in the COEX Mall includes approximately 50,000 books and magazines to browse, and offers couches and reading tables for passers-by as well as serving as a venue for cultural events.

In Siem Reap, Cambodia, the 86,000-square-foot T Galleria by DFS (yes, the “duty free” folks, although this is not your standard airport experience) houses a multitude of brands alongside reflecting pools, verdant gardens and work from local artisans.

And in Hong Kong, on the Kowloon side of the harbor, a $2.6 billion, 3 million-square-foot art and design district 10 years in the making, called Victoria Dockside, is being built by Adrian Cheng’s New World Development Co. It ultimately will include an art museum, a soaring green wall, an ultraluxury hotel, apartments, offices and — of course — retail, framed like the art that surrounds it.

To name a few.

Together, these projects embody a new way of thinking about the physical space where stores congregate, one that borrows from the online playbook: prioritizing the idea of content over contents, and further demonstrating the way in which the real and virtual worlds increasingly intertwine. Not because they offer video screens or iPads for ordering (though they are on hand) but because of a more fundamental conceptual connectivity.

“It’s a core reality shift,” said Scott Malkin, founder and chairman of Value Retail. “The war is over. Alibaba won. That means physical retail is no longer about the distribution of goods but building brand equity.”

And brand equity is created via the subliminal communication of ephemeral values: service and touch — what Malkin calls “the software” that surrounds the “hardware” of bricks and mortar (and marble and sandstone) reality. Which then becomes the place, he said, “where the interface behavior occurs.”

“The context for stores is more and more important,” said Luca Solca, head of luxury goods research at Exane BNP Paribas, “because you have to make people want to get out of their homes and away from their screens.

“It’s not just about the store itself,” he added. “It’s retail counter-standardization.” If the old model — the merch emporium — gave way during the turn of the millennium to the flagship model, which saw stores become echoing and somewhat austere temples where consumers worshipped the handbag on the plinth, we are now entering a new stage. One embodied more by Apple or Starbucks than any previous fashion retail space.

One that takes the rising principles of the experience economy and the growing belief that millennial consumers — who hate anything smacking of marketing or overt product pushing — are increasingly choosing to spend their money on the unique event rather than on the aspirational product, and applies them to shopping.

One that says investing in a value system that surrounds the shopping experience will pay off in consumption. Because instead of taking home a postcard or a T-shirt to remember the visit, you take home a Prada shoe, or a Dior dress.

Cheng first began exploring these principles in 2009 in his K-11 Art Mall developments in Hong Kong, Shanghai and Guangzhou, China, which originally combined art and shopping elements — a mix of high and consumer culture previously seen as heretical — and then expanded from there. The Shanghai Art Mall, for example, includes an urban farm where visitors can grow herbs that they eventually take home for their dinner. It is not an obvious sales driver but, Cheng said on stage at The New York Times International Luxury conference in Hong Kong last week, foot traffic went up dramatically after it was opened.

Not that the point was “about traffic,” Cheng said. “It’s about building a community. About grooming the audience and having access to their behavior, which then continues online.”

The farm is the bait, in a sense.

Going to a store, Malkin said, “should feel like going to a hotel or resort, where you are taking away a memory because you are touched by an emotion you want to revisit.” As a retailer, this means “you are not serving a person who needs an item,” he said. “You are serving a person who needs an experience.” And that changes how the retailer does things.

Solca said he believed this kind of strategic approach would form a new model for global retail. Malkin agrees.

“The reality is our experience in China will set the gold standard for what’s possible in other international locations,” he said. “It’s driving our thinking about the future.”

Just whatever you do, don’t call it a “shopping center.”