Lenny Kravitz perfectly sums up his friendship with Jason Momoa 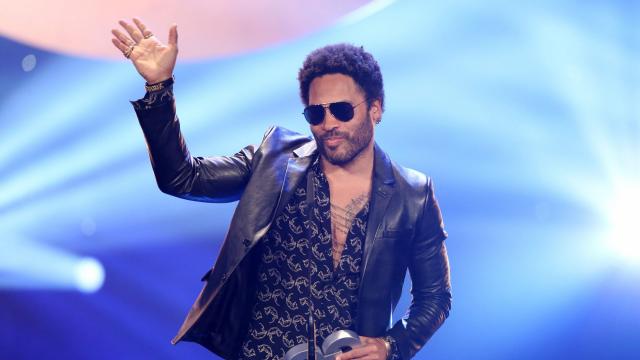 CNN — Lenny Kravitz has nothing but love for ex-wife Lisa Bonet and her husband, Jason Momoa.

The rocker spoke to "Men's Health" about his unconventional friendship with Momoa.

"People can't believe how tight Jason and I are, or how tight I still am with Zoë's mom, how we all relate. We just do it because that's what you do. You let love rule, right?"

Kravitz and Bonet were married from 1987 to 1993 and are the parents of actress Zoë Kravitz.

"I mean, obviously, after a breakup, it's work -- it takes some work and time, healing and reflection, et cetera," he added. "But as far as Jason and I? Literally the moment we met, we were like, 'Oh, yeah. I love this dude,'" Kravitz said.

Bonet married Momoa in 2017 after being together since 2005 and they are the parents of daughter Lola, 12, and son Nakoa-Wolf, 10.

"Zoë -- she's the most real person I know," he said of his daughter with Bonet. "It wasn't easy, I'm sure, but she's just forged her way with elegance, you know? Just having two parents who were known in the world. The comparisons. She didn't let any of that hinder her in any way."

As for Kravitz, more of how he's learned to adapt and let love guide him in his life will be featured in his memoir, "Let Love Rule" available October 6.