Legislative leaders want to be part of voter ID lawsuit 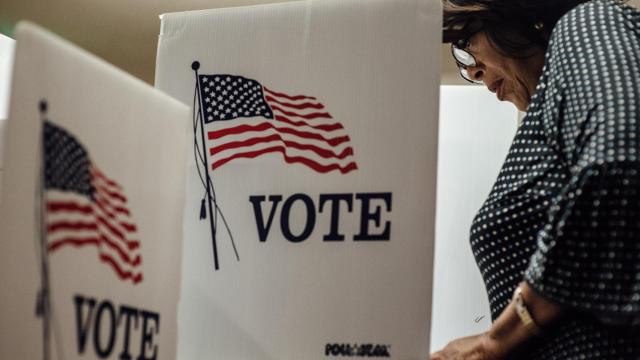 Voters approved adding the ID requirement to the state constitution in November, and lawmakers adopted rules last month outlining what IDs would be accepted. The NAACP quickly sued to block the legislation, naming Democratic Gov. Roy Cooper and the State Board of Elections as defendants.

Cooper vetoed the voter ID rules, and the elections board has since been dissolved by a court order in a separate case, Berger and Moore noted. Also, both parties would be represented in court by Democratic Attorney General Josh Stein's office, they said.

"Gov. Cooper and Attorney General Stein have deliberately undermined the General Assembly’s efforts to enact voter ID on numerous occasions," Berger, R-Rockingham, and Moore, R-Cleveland, said in a joint statement. "It is very clear from both their words and actions that they cannot be trusted to defend voter ID, which is why the NAACP deliberately left legislators who enacted the voter ID law out of the lawsuit.

"A majority of North Carolinians voted in favor of voter ID last November, but Gov. Cooper made it readily apparent in his veto message that he does not respect the will of the people," the statement continued. "That is why we have filed a motion to intervene in defending this law and ensure voters receive the election security they have asked for.”

In vetoing the bill, Cooper called voter ID "a solution in search of a problem" and said the effort had "sinister and cynical origins," citing a 2013 state voter ID law that federal courts later threw out after determining it was targeted at suppressing minority voting.

Under the new law, the following IDs are acceptable at the polls:

All of those types of ID must be valid and either unexpired or expired for less than a year. Officials at universities, colleges and local government entities would be required to certify every four years that their processes for printing IDs are secure and that they have verified the age and citizenship status of ID holders.

The following forms of ID are also allowed, regardless of whether they carry expiration or issuance dates: