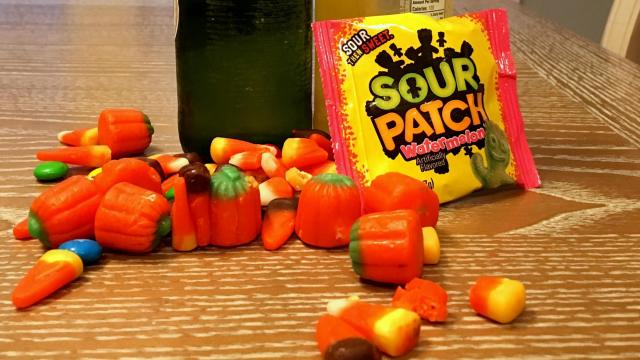 Raleigh, N.C. — Adults sometimes get the raw deal when it comes to Halloween candy.

Before Halloween, everyone stocks up on candy to give out, but some of that doesn’t seem to make it to the big day - you know it happens. Once the kids get back with their stash, they rummage through and grab out all the “good stuff," leaving the leftovers for the adults. Fret not, this could be a perk when North Carolina craft beer is involved! You may not believe it, but candy pairs great with beer - even the leftover candy.

Here are some tasty suggestions:

Candy Corn - These packets always wind up as the last stragglers in the candy bin. It’s not one of our favorites, but they’re back every year. With all the sugary sweetness in them, it’s best to tame the sugar with something tasty and mild. A cream ale comes to mind, and Fullsteam’s El Toro is a great choice. Chew on a few of these and wash them down to experience a wonderful lightly sweet blend. Other choices are Fortnight’s Blonde Ale and Compass Rose Brewery’s Agave Cream Ale.

SweeTARTS - The tartness of this candy needs something just as bold. Rather than contrast to tame it down, accentuate it. Durty Bull Brewing has a Rhubarb Berliner Weisse. It has a refreshing sour tartness so the two together will pack a fantastic punch! Another choice is Darius the Giant, a sour Flanders Red with tart cherries Haw released by River Farmhouse Ales.

Snickers - All that peanut and caramel? Wash it down with a nice brown ale, which will match the flavors and blend nicely. A few favorites are Brüeprint’s Brüenette with its warm chocolate overtones, Neuse River Brewing’s Bobbi Brune’s Smoked Brown Ale with smoke, caramel and vanilla flavors, and Crank Arm Brewing’s English-style Brown Ale with its smooth creamy finish. 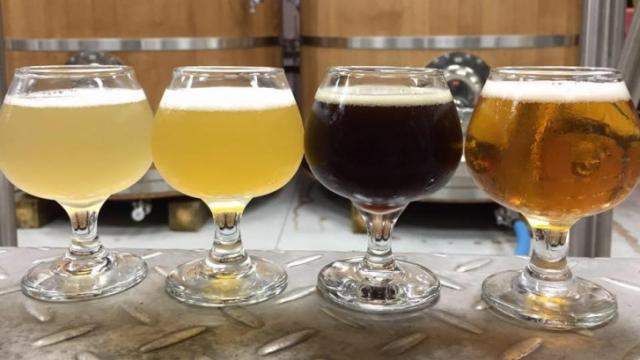 Milk Duds - More chocolate and caramel. You might want to toss a few at the bottom of the pint like you do with milk and cookies. This addition will do wonders to a nice stout or porter. A great one would be Double Barley’s Thrilla In Vanilla Porter - what a mix! The vanilla enhances the chocolate and will make a nice chocolate beer shake. Other great choices are Raleigh Brewing’s The Miller’s Toll, an imperial milk stout with smooth flavors of coffee and chocolate and Deep River Brewing’s 4042 Stout that is just as chocolatey as the candy.

Skittles - Beer and Skittles is a phrase? According to Mirriam-Webster, it means a situation of agreeable ease. Let’s make this statement true and pair it up with a nice IPA. The sweetness of the candy will contrast well with the bitterness of the beer, and the candy tartness will blend with the citrus hop flavors. Go for Nickelpoint Brewing’s IPA, White Street Brewing’s Hoptimist IPA and Big Boss Brewing’s High Roller. 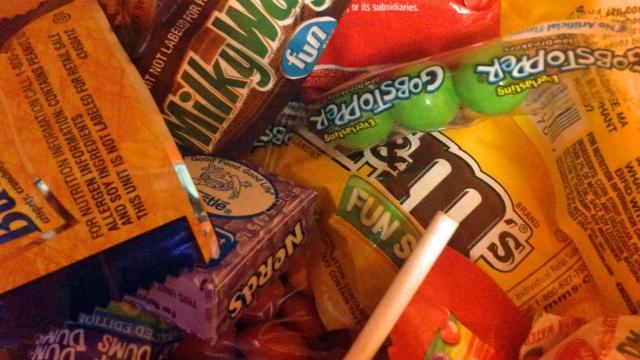 These are not the be all and end all of pairings. There are so many breweries and beers out there, and only you can be the authority on what you think tastes great. Start with these recommendations and run with them. Craft beer is about exploration of flavors and styles, and candy is an intriguing journey.

Dave Tollefsen and Glenn Cutler are regular guys living in central North Carolina with their families who share a love for craft beer and homebrewing. They work together as the NCBeerGuys. On their website, they offer information about North Carolina Craft Beer with a variety of maps, videos, events, recipes and much more.