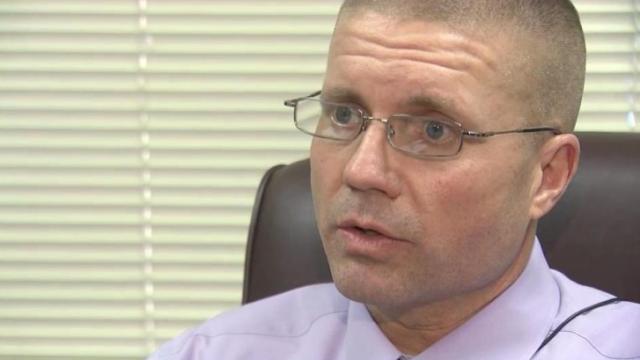 Sanford, N.C. — A federal lawsuit over a rough 2009 arrest in Lee County has escalated, with Sheriff Tracy Carter being accused of having a man trying to serve him with a subpoena arrested.

According to the suit, Thomas started acting irrationally after working with chemicals in his tobacco fields. As his friend was driving him to seek medical help, Thomas jumped out of the pickup and destroyed a woman's decorative fence.

When deputies arrived to arrest him, they assaulted him and broke his jaw, the lawsuit alleges. One deputy used his stun gun on Thomas eight times in less than three minutes, according to the suit.

Most of the deputies have since been dropped from the suit, which is set to go to trial in June.

Carter defends his deputies' actions, but a motion for a temporary restraining order has been filed against him for an incident last week.

A 71-year-old man hired to deliver subpoenas in the lawsuit said that, when he showed up at Carter's house, the sheriff yelled at him and blocked him from leaving until deputies showed up to arrest the man.

In court documents, attorneys for the sheriff say he has a very different take on the incident, and they point out that subpoenas were supposed to be delivered to the defendants' attorneys.