Lazy Lester, an Architect of Swamp Blues, Is Dead at 85 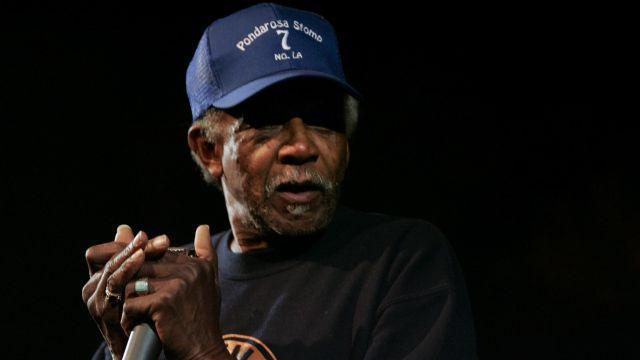 Lazy Lester, a singer, harmonica player and guitarist from Louisiana whose country- and Cajun-tinged sound made him an architect of the style known as swamp blues, died Wednesday at his home in Paradise, California. He was 85.

His death was announced by Alligator Records, which recorded him in the 1980s. A friend, Dawayne Gilley, said the cause was cancer.

Lazy Lester, whose birth name was Leslie Johnson, recorded influential songs like “I’m a Lover, Not a Fighter” for the Excello label in the 1950s and ‘60s. He helped shape swamp blues, a subgenre that incorporates zydeco, Cajun, country and other influences, both in his recordings as a band leader and while playing harmonica, guitar and percussion on sessions with swamp-blues stars like Lightnin’ Slim and Slim Harpo.

Many of the Excello records he played on were produced by Jay Miller, who Lazy Lester said came up with his nickname, derived from his easygoing vocal style. His voice, burnished but slightly nasal, complemented his melodic harmonica playing.

His first single for Excello as a leader was “I’m Gonna Leave You Baby,” a honky-tonk number released in the mid-1950s. He released “I’m a Lover, Not a Fighter,” one of his biggest hits, in 1958. It had a rockabilly feel and simple, catchy lyrics. One verse contains these lines:

‘Cause I’m a lover, not a fighter.

Its flip side, “Sugar Coated Love,” became another of Lazy Lester’s better-known songs. Others from his years at Excello included “Through the Goodness of My Heart” and “You Got Me Where You Want Me.” Another gave its name to the annual Ponderosa Stomp festival in New Orleans, dedicated to highlighting America’s overlooked musicians, at which Lazy Lester was a frequent performer.

He left Excello in 1966, partly because Miller did not want him to record country music. When a drummer suggested that he record a country song, Lazy Lester told The Advocate of Baton Rouge in 2006, Miller said, “But look, he’s colored.”

“Man, that was the hurtingest thing in the world,” Lazy Lester said.

For most of the next two decades he avoided the music business, working in construction building roads, driving a truck and working as a lumberjack.

His old records remained popular with a new generation of musicians, and his songs were covered by bands like the Fabulous Thunderbirds and the Kinks.

Fred Reif, who later managed Lazy Lester and played rubboard in his band, persuaded him to make a comeback in the late 1980s. He began performing again and released the albums “Lazy Lester Rides Again” (1987, King Snake) and “Harp and Soul” (1988, Alligator).

Blues fans remained enthusiastic about his work. New York Times critic Robert Palmer, reviewing a 1987 performance in New York, described his vocals as “like no one else’s.”

“While his intonation may depart from blues conventions at times,” Palmer wrote, “the weathered textures of his voice and his insinuating rhythmic drive give everything he sings a deeply bluesy feel.”

In 2003, Lazy Lester performed at Radio City Music Hall alongside blues stars, like B.B. King and Buddy Guy, and musicians influenced by the blues, like Bonnie Raitt and Mos Def. The concert was memorialized in “Lightning in a Bottle,” a 2004 documentary directed by Antoine Fuqua and produced in part by Martin Scorsese.

Lazy Lester kept playing, with rare interruptions, until about two months ago, his friend Gilley said. He was featured in a Geico commercial this year, interrupting the company’s gecko mascot with his harmonica.

Leslie Johnson was born in Torras, Louisiana, a small town northwest of Baton Rouge, on June 20, 1933, to Robert Johnson (not the Delta bluesman of the same name) and Maggie Hartford. His parents were farmers. He grew up in a Baton Rouge suburb, where he worked as a gas station attendant and a woodcutter and at a grocery store.

His early musical influences included blues musicians Little Walter and Jimmy Reed, but his first love was country music, especially Jimmie Rodgers. He joined his first band, the Rhythm Rockers, as a teenager, and made his way to Excello after his harmonica playing impressed Lightnin’ Slim. He also worked with Excello artists Katie Webster, Lonesome Sundown and Silas Hogan.

His survivors include his partner, Pike Kaksonen; a daughter, Kay; two sisters, the Rev. Luceal Bibbins and Palmer Lee Howard; and two brothers, Robert and Samuel.