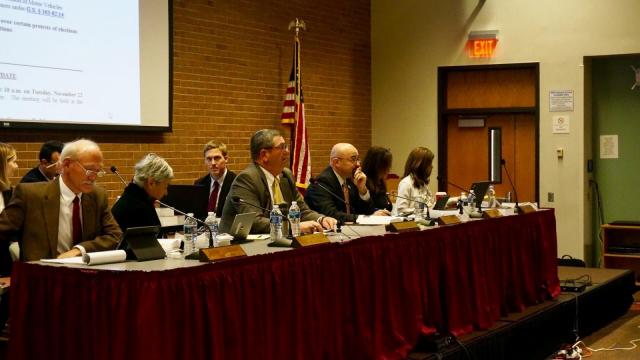 Raleigh, N.C. — A well-known North Carolina election-law attorney has filed a federal lawsuit against the state's new Bipartisan State Board of Elections and Ethics Enforcement, arguing that it is unconstitutional because it discriminates against unaffiliated voters by denying them the same right to serve on elections boards as voters who are registered with a political party.

The case was filed Tuesday in the Middle District of North Carolina.

Under the legislation passed in April by state lawmakers and recently upheld by a three-judge panel, the new state board will consist of four Republicans and four Democrats, appointed by the governor from list of nominees submitted by the two state party chairs.

In turn, the new board will select two Democrats and two Republicans, also nominated by their respective parties, to serve on each of the 100 county elections boards.

Michael Crowell, who is a registered unaffiliated voter in Orange County, says the law violates his First Amendment rights to freedom of speech and association, as well as his 14th Amendment right to equal protection, "by requiring as a condition of serving on an elections board he affiliate with either the Democratic or Republican party despite his independent political beliefs."

"Plaintiff is otherwise qualified to serve on a board of elections and is denied the right to do so only because of his refusal to declare an affiliation," the lawsuit alleges.

In the lawsuit, Crowell acknowledges that the previous law also required party affiliation for service on election boards, so no unaffiliated voter has ever served before on a state or county board of elections.

The complaint asks the court to throw out the partisan requirements in the new law and to order Gov. Roy Cooper and the new state board to appoint unaffiliated voters to the state and local elections boards in proportion to their representation in the electorate.

Asked by WRAL News why he would not simply join a party in order to be considered for a seat, Crowell pointed out that partisan voters can vote only in their own party's primary elections, while unaffiliated voters can choose either ballot.

"The further response is, 'Really?' Someone actually thinks a voter should have to claim to belong to a party they do not really support in order to be eligible to be appointed to an elections board?" Crowell replied. "That's sort of like saying, well, if you want a job in the legislature you need to register as a Republican, even if you don't want to vote for them."

No response to the complaint has yet been filed.

Crowell specialized in election litigation during his tenure at Tharrington Smith. Most recently, he sued successfully in 2016 to require a competitive election for the Bob Edmunds Supreme Court seat.